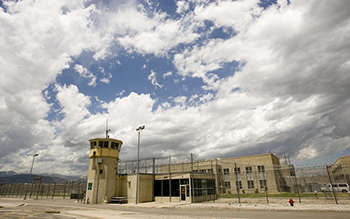 SALT LAKE CITY — The Commission on Criminal and Juvenile Justice (CCJJ) released the Justice Reinvestment Report on Nov. 12. The report features a comprehensive set of data-driven recommendations for the upcoming legislative session in order to help reduce recidivism, hold offenders accountable and save taxpayers an estimated $542 million by averting most of Utah’s projected prison growth over the next 20 years.
The seven-month study of Utah’s corrections and criminal justice systems was conducted in response to a request from Gov. Gary R. Herbert, Senate President Wayne Niederhauser, House Speaker Becky Lockhart, Utah Supreme court Chief Justice Matthew Durrant and Attorney General Sean Reyes, according to the study. Over the last two decades, Utah had maintained an imprisonment rate below the national average, while achieving reductions in the state crime rate. However, Utah’s prison population grew by 18 percent in the last 10 years, and its prisons are at capacity. The population is projected to grow an additional 37 percent in the next 20 years, which would require an additional 2,700 prison beds.
Utah taxpayers spent $269 million on corrections in 2013, according to the report, and the relocation of the state prison at Draper could cost state taxpayers more than $1 billion, largely due to inmate growth. The cost of the prison and increase in recidivism raised questions about the state’s corrections spending.
CCJJ began analyzing the state’s criminal justice system in April 2014 and found that Utah is a national leader in maintaining a low imprisonment rate and focusing the majority of prison beds on serious and violent offenders. However, in the last 10 years, Utah’s prison population has grown six times faster than the national average, requiring the state to use an increasing number of prison beds for nonviolent offenders.
Other key findings include:
• Prisoners are spending an average 18 percent longer in prison than they did 10 years ago.
• Nearly half of all offenders leaving prison return within three years.
• Probation and parole violators make up 67 percent of admissions to prison.
• Sixty-two percent of offenders sentenced to prison for new crimes were convicted of a nonviolent offense.
• Last year, more offenders were sentenced to prison for drug possession than any other crime.
Based on the analysis, CCJJ developed recommendations that would reduce prison growth by 2,551 inmates over the next 20 years and would avert $542 million in corrections spending. CCJJ recommends reinvesting a portion of the savings into programs and practices proven to reduce recidivism and cut crime.
CCJJ listed 18 recommendations in the report. Here are some of the key recommendations to help reduce prison growth and ultimately help the state significantly save in corrections spending:
• Focus prison beds on serious and violent offenders, For instance, revise drug penalties to target chronic felony offenders and drug dealers who sell in the presence of minors and where minors are likely to be.
• Strengthen probation and parole supervision. For example, implement a graduated sanctions and incentives matrix that creates a standard for supervision practices throughout the state.
• Improve and expand reentry and treatment services.
• Support local corrections systems. Reclassify moving vehicle misdemeanors, for instance, in order to focus jail resources on higher-level offenders.
• Ensure oversight and accountability. For example, require collection and reporting of key performance measures and establish oversight.