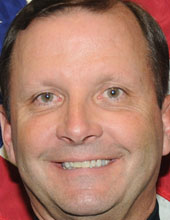 Veteran law enforcement officer Stephen Moyer will be Maryland’s new Department of Public Safety and Correctional Services secretary. Moyer was appointed by Governor-elect Larry Hogan and is currently deputy chief of the Sarasota Police Department in Sarasota, Fla. He previously served the Maryland State Police as a lieutenant colonel, deputy secretary and as head of the field operations bureau. Moyer also worked with the University of Maryland Medical Center as security director. In his new position, Moyer will be responsible for nearly 12,000 employees and will oversee an annual budget of roughly $1.2 billion. He will begin in late January 2015.