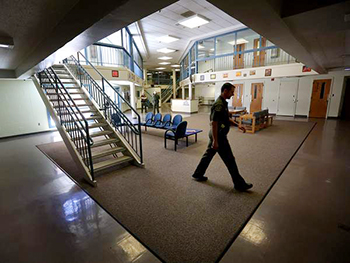 COVELO, Calif. — County jails will be competing for the about $500 million from Governor Jerry Brown’s 2015-2016 budget proposal allotted to the latest round of facilities funding to help offset the effects of California realignment, aka AB 109. Although the state has provided about $1.7 billion for new jail construction — $1.2 billion from AB 900 and $500 million from SB 1022 — since AB 109 was passed in 2011, not all of the counties needing help have received jail construction funding. One of those counties is Mendocino County in Northern California.

The strain on local jails due to realignment hit some sooner than others. At the time realignment started, the state prisons were at 180 percent and the jail system was at 95 percent. Prison populations are now at 133 percent capacity and jails are at 108 percent, reported Willits News.

Mendocino County didn’t feel the strain immediately because its jail population was low before realignment; however, its inmate population has grown dramatically in recent years. As of earlier this month the Mendocino County jail had 323 inmates, 22 more than the jail’s official capacity and a nearly 54 percent increase from its average daily population of about 2010 before realignment went into effect in 2011, reported The Press Democrat.

One major factor for its current overcrowding is that county jails are now required to hold inmates for longer when before they were limited to only handling inmates with one-year sentences. Tim Pearce, the Mendocino County jail commander, told The Press Democrat that the average stay is now three years, with the longest sentence set at 14 years.

Jail officials have been using temporary beds and cots to help accommodate the influx of inmates. They increased the number of people on home detention. And since January, they have been seeking early releases for nonviolent offenders. Now, officials are in the process of applying for $20 million in state funding to expand the jail.

Willits News reported that jail officials authorized a California Environmental Quality Act initial study in preparation for the new jail facility. If funding is approved, the jail would be constructed adjacent to the current facility and would take about three years to build.

The expansion would create 90 new, maximum-security beds in three pods with one recreation yard, classroom and medical examination room in each pod, according to Willits News. The facility could also provide mental health treatment and confinement space, requiring the same number of correctional officers to operate.

Since AB 109 was set in motion in October 2011, the state has provided construction grants for 37 new or upgraded jails — all with construction completion dates ranging from 2013 to 2020. Most of the funded projects are required to fund some portion of the construction. Mendocino County has yet to be awarded funding to help its overcrowding issues, but Mendocino County Sheriff Tom Allman told Willits News that the governor gave him a handshake promise of funding. Gov. Brown’s $164.7 billion proposed state budget, which was released in January, has still yet to be finalized.