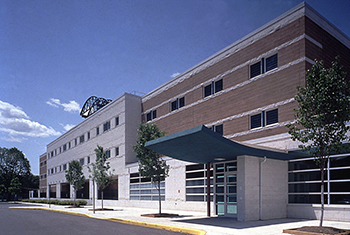 POUGHKEEPSIE, N.Y. — Two new temporary housing units approved for use at the chronically overcrowded Dutchess County Jail in Poughkeepsie are now set to open in May. The units will improve care and services for county inmates, streamline the judicial system and result in a considerable cost savings, addressing a correctional housing problem the county has grappled with for more than 20 years.

The 8,300-square-foot temporary pods will provide housing for an estimated 200 Dutchess County inmates, who are currently being housed in other county jails throughout the state. Relying on these outside facilities — such as Ulster County and Albany County, which charge $80 and $75 daily per inmate respectively — exacerbates the county’s correctional struggles.

“I would expect by the second week of May the pods will be occupied that allow us to return approximately 200 inmates to the county where we will provide not only a secure setting but the services that help individuals transition back into the community,” County Executive Marcus Molinaro told Mid Hudson News on April 13. “We have a memorandum of agreement with the New York State Commission on Corrections to move forward now with a long-term solution.”

Molinaro told the Daily Freeman in March that the new housing pods will also trim an estimated $1 million from the county’s correctional budget annually, and will help streamline criminal justice operations and expand recidivism-fighting efforts.

While the existing Dutchess County Jail has a rated capacity of just 250 inmates, the county has at times been faced with up to double that amount. Costs related to shifting inmates to other facilities cost has topped $8 million. This has also resulted in many inmates being housed far from their families and support systems, which has a detrimental effect on recidivism.

The state Commission of Corrections granted approval for the use of temporary housing pods in early 2014, finally securing a short-term solution. Thanks to a unanimous May 2014 vote by the county legislature’s Public Safety Committee, Dutchess County was able to borrow nearly $6.5 million for the purchase and installation of the pods. The following month, county officials approved a three-year, $4.9 million deal with Proteus On-Demand Facilities LLC of Austell, Ga. for construction of the pods, as well as their rental.

The pods are being installed at a total cost of $2 million and will be leased and maintained for between $7 million and $8 million annually. However, that price tag will include all costs related to utilities and inmate care and management.

With an eye on long-term needs, the county also contracted Ricci Greene Associates of New York in 2014 to develop a proposed expansion master plan. That plan will include both new construction and renovation of the existing facility, providing bed space for up to 625 inmates while also improving access to evidence-based services to combat recidivism. Pending legislative approval, the county hopes to move forward with architect selection for that project by 2016.

However, efforts to expand the jail have come up against some local resistance. Opponents are currently circulating a petition to block the expansion, arguing that the county should first implement supportive programs that have cut recidivism rates in other parts of the state, while also improving reentry and pre-trial release.