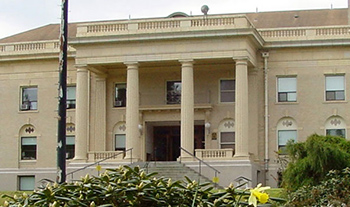 LAKE WORTH, Fla. — The Prison Ecology Project was formed earlier this year in order to address the problems that arise when prisons negatively impact the environment. Not only can inmates face possible health and safety risks, but the land and surrounding communities can be impacted as well.

The Prison Ecology Project was first discussed in the Lake Worth, Fla.-based Human Rights De-fense Center office earlier this year, and established itself by filing a comment to the Federal Bureau of Prisons (BOP) opposing the permitting of a new federal maximum-security prison in Letcher County, Ky., according to Panagioti Tsolkas, the Prison Ecology Project’s coordinator. Twenty-six groups joined the project from across the country in drafting an Environmental Impact Statement (EIS) that analyzed two potential locations — both of which would be on former coal mining sites — for constructing the region’s largest federal prison.

The Prison Ecology Project’s comment provided an analysis of the proposed facility locations. It addressed the health impacts on the surrounding community from prison sewage and industrial waste; health concerns for inmates forced to use highly contaminated water; impacts to the forest, farmland and regional waterways; impacts to more than 50 threatened species; and included a discussion about alternatives to mass incarceration.

Tsolkas said that the group received the final Environmental Impact Statement (EIS) last week from the BOP. “We will be reviewing it to see if it continues to be as insufficient as the [first] draft. If so, we will be challenging it with other groups from across the country in the administrative courts,” he said.

While Tsolkas doesn’t believe there is another location where Kentucky could justify spending half-a-billion dollars in construction costs to put more people in prison when the goal is reducing the prison population, he believes that the BOP picked the worst possible locations. “Along with being expensive, it just isn’t responsible to put thousands of people locked into a building on top of a mine site, where the water is known to be polluted and the ground is not stable,” he said. “And on top of that is the wildlife impacts in one of the most bio-diverse places in the U.S.”

In addition to opposing the Letcher County project, Tsolkas said there are about a dozen top-polluting prisons included in the comment the Prison Ecology Project filed on the Environmental Protection Agency’s Environmental Justice 2020 plan last month.

“If I have to pick my top two prison polluters at the moment, I would go with the Monroe Correctional Complex in Washington state, which is polluting the Skykomish River, and the Donaldson Correctional Facility in Alabama, polluting the Black Warrior River,” Tsolkas said. “Both have been found illegally dumping sewage in the rivers for over 10 years now, with no end in sight, despite judge’s rulings and government agencies’ involvement.”