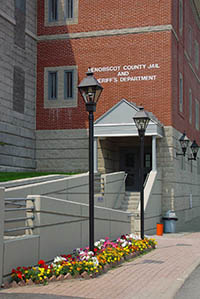 AUGUSTA, Maine — A law that was intended to address funding and overcrowding issues in Maine county jails continues to plague the state. The law initially received broad support as it was intended to place county jails back under local control, eliminating the Maine Board of Corrections. However, since the law went into effect, the state’s 15 county jails have insisted that the available funding is in adequate, forcing some to end partnerships with other facilities and causing unnecessary overcrowding.

The county jails continue to operate with oversight from the Maine Department of Corrections. Approximately $12.2 million in funding now comes directly from the state to be dispersed among all the jails, while a capped amount comes from each county’s property taxes. A $2.5 million infusion of emergency funding helped jails make ends meet earlier this year. However, many jails are struggling to continue operating under the new funding structure, receiving sometimes little more than half of the funding they could rely on prior to the law taking effect.

Changes to funding and oversight have also resulted in larger jails discontinuing their practice of accepting overflow inmates from counties with smaller facilities, as those counties no longer have the means to pay for the service. This in turn increases crowding at smaller and already cash-strapped county jails.

“It’s going to be a struggle to get through this year, no doubt,” Sagadahoc County Sheriff and head of the Maine Sheriff’s Association Joel Merry told WCSH News 6, but added that the state and counties must continue working together. “I think it due time we’ll have this figured out,” he added.

Penobscot County Jail officials are experiencing the same concerns. The county jail has a rated capacity of 157 inmates, but according to the Bangor Daily News is housing roughly 200, with more than 60 others being boarded in other counties. Presently the county is grappling with a roughly $440,000 funding shortfall. Penobscot County Sheriff Troy Morton told the Bangor Daily News that this creates greater tension and resource strain in the jail, and has county residents concerned.

Penobscot county has partially stemmed the influx of new inmates by increasing pre-trial services and programs and partnering with other nearby counties to house inmates in exchange for providing transportation services, according to the Bangor Daily News.

The state’s county sheriffs and commissioners plan to request additional jail funding, estimated between $1.5 million and $2.5 million, from the state in January when the Legislature is back in session. Thus far, state legislators have encouraged county sheriffs and jail officials to revisit their budgets or consider requesting more local support.

"The counties can now look at their budgets and see where they can trim a little, but understanding that they can start raising taxes," Sen. Stan Gerzofsky, D-Brunswick, told the Maine Public Broadcasting Network in September. "My understanding in speaking with several counties — mine being one of them — is that most of the counties are going to raise taxes."

WCSH6 News reported that Maine’s attorney general is now taking a closer look at the state’s annual contribution under the new law.