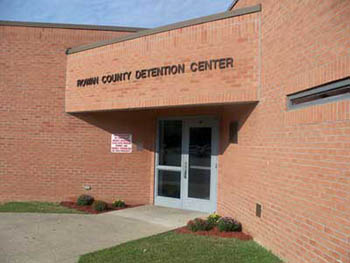 MOREHEAD, Ky. — Plans are underway for the new detention center that the Kentucky Department of Corrections (DOC) authorized Rowan County to build in 2014.

Frankfort, Ky.-based DLZ, the project architect, presented a design scheme to the Rowan Fiscal Court for a 292-bed jail in late August. Vanceburg, Ky.-based Trace Creek Construction is serving as the construction manager on the project.

This latest design is different then the 250-bed jail that the county had previously planned for after rising construction costs, the DOC’s failure to pay architectural and engineering fees and a recent $18 million cost estimate for a similar project in Oldham County made the county want to stay within the county’s $15 million bond issue limit, reported The Morehead News.

With 292 beds, the new jail would be about four times larger than the current jail, which has a capacity of 78 beds. The current jail is overcrowded, holding about 140 inmates on average, and it is starting to deteriorate. In fact, not building a jail isn’t an option, according to recent studies that show it would cost more to transfer inmates to other jails than it would cost to build a new one. The extra 40 beds, however, could help generate about $500,000 a year in revenue if they’re used by state or out-of-county inmates, according to The Morehead News.

None of the Fiscal Court members opposed the larger jail option as long as the county has the money to pay for it. The county is already close to the larger jail’s initial construction costs of $18 million with the funds expected from the bond issue proceeds and a cash balance of about $2.3 million, reported The Morehead News. The county still needs an additional $3 million, however, to move forward with the larger jail plan.

The county could get almost $1 million from a lawsuit filed in May against the DOC for architectural and engineering fees. In July, the DOC asked that the lawsuit be dismissed, but County Attorney Cecil Watkins said he plans to move for a judgment for the state to pay the fees, according to The Morehead News.

Morehead State University (MSU) also agreed to pay $1 million to the county to acquire the current jail. The original agreement stated that MSU would take possession of the property in January 2016 with the option to extend a use agreement until the new jail is completed. However, MSU has yet to reveal how much it will charge to lease the building or if it will even extend the use agreement.

WMKY, a local radio station, reported that the new Rowan County facility will likely include classrooms. Sam Howard, president of Trace Creek Construction, told WMKY that state and federal officials want to construct new detention centers that have classrooms and programs to help reduce recidivism, and the new jail will be designed with this in mind.

At the rate the project is going, the project likely won’t be ready for inmates until November 2017.