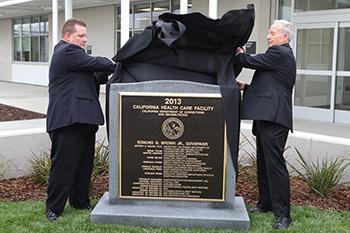 SACRAMENTO, Calif. — In 2012, California Governor Jerry Brown announced a plan, titled “The Future of California Corrections,” that detailed how the state government was going to change the state’s prison system. Not only did the plan meet a court mandate to reduce prison overcrowding, but it said it would help improve criminal sentencing and save billions of dollars.

Four years later, the state has reduced its population by 30,000 inmates and is one of the country’s leaders in prison reform; however, the costs of housing inmates has actually risen instead of decreased, reported Reuters. The cost of housing, feeding and caring for an inmate in California is now $64,000 annually, compared to $49,000 five years ago.

This fiscal year, California’s correction budget will be one of the largest ever at $10.1 billion, according to Reuters. Outside of the corrections budget, the state also spends $1 billion annually to help counties coordinate sentencing alternatives and house higher numbers of inmates serving in local jails. Additionally, $2.2 billion of state money is slated for county jail construction.

Prices have increased for several reasons, including the fact that the state still hasn’t closed the California Rehabilitation Center in Norco. The rundown facility, which opened in 1962, had been scheduled for closure by the end of 2016; however, Gov. Brown’s 2017-17 budget proposal temporarily extends operations in order to stay below a federal cap on the state’s inmate population. California Department of Corrections and Rehabilitation (CDCR) Secretary Scott Kernan even said that while closure remains a priority, the state would continue to operate the facility for possibly several years, according to The Press-Enterprise.

Other reasons for the price increase are that the state has yet to end out-of-state private prison contracts, and court rulings requiring the state to spend billions improving medical care. In 2013, the state opened the California Healthcare Facility in Stockton, designed for inmates who need long-term inpatient medical care and mental health services. The facility costs $295 million annually to run as well as faces increased costs for prescription medications such as $60.6 million a year for Hepatitis C treatments, reported Reuters.

Personnel costs are also high, as the state has about the same number of positions it did five years ago with nearly 30,000 less inmates now, according to Reuters. Gov. Brown’s 2012 plan introduced a model to standardize staffing according to a facility’s physical layout, placing guards and other personnel at different prisons throughout the system based on their security level.

The California prison reform plan was never designed to solely save the state money, even though that’s what helped promote Brown’s 2012 plan. Former CDCR Secretary Jeffrey Beard (who retired earlier this month) acknowledged to Reuters that the savings didn’t work out exactly as planned, but they helped the state potentially save billions of dollars on building more prisons.