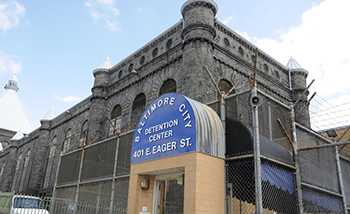 BALTIMORE — Maryland Gov. Larry Hogan recently announced a plan that would level most of the vacant Baltimore City Detention Center (BCDC) complex, paving the way for the construction of a new and improved Baltimore Justice Center on the site. There, the governor hopes to erect a six-story facility to house both male and female inmates that will also include space for education and rehabilitative services. Hogan’s plan could save the state potentially hundreds of millions of dollars by reducing construction phases and consolidating a number of operations, reported The Baltimore Sun. It could, however, also impact construction timelines for construction projects slated to take place at several Maryland universities.

"Over the past year the governor has proven that he not only wants to change Maryland for the better, but he wants that change to start immediately," Douglass Mayer, a spokesman for Hogan, told The Baltimore Sun on Thursday. "The legislature’s plan was supposed to take 10 years. The governor wasn’t interested in waiting that long, and quite frankly, neither are the people in this state."

Hogan administration officials added that the plan is part of the governor’s continued efforts to resolve litigation stemming from poor conditions at the dangerous and unsafe BCDC, according to The Baltimore Sun. Consolidating operations and minimizing construction phases is also projected to help the state shave an estimated $300 million off of the original project cost, which was previously estimated at $780 million The original 13-year plan would have gradually demolished and repurposed the site, compared to Hogan’s 5-year plan to accomplish the same task for $480 million.

"We are being responsible with taxpayer money by trying to take care of what has been a chronic problem," Maryland Budget Secretary David R. Brinkley told The Baltimore Sun.

The BCDC was shuttered in August 2015 following a corruption scandal that broke in 2013 exposing the far-reaching influence of the Black Guerilla Family prison gang. However, plans to tear down and rebuild the facility were first announced roughly 10 years ago.

Under the new plan, the Central Booking building will remain standing and most others will be torn down. Demolition is slated to cost $16.5 million and design work for the new facility has been budgeted at $18.2 million, according to The Baltimore Sun. The projected size of the new jail has decreased in relation to Maryland’s declining inmate population. While original plans included spaces for 3,820 beds, the state is now planning for just 2,720 beds with just one visitation area and consolidated maintenance, laundry and library facilities.

The Democratic-controlled General Assembly will first need to approve the plan, which many state and local lawmakers and officials said they had not been briefed on beforehand, according to The Baltimore Sun.

The Baltimore Sun also reported on Department of Legislative Services findings showing that Hogan’s plan could delay more than $348 million in higher education projects. Construction of a University of Maryland biosciences building could be pushed back roughly three years, while a Coppin State business school project could be put on the backburner for an additional two years. Projects at the University of Maryland Baltimore County and Morgan State could each see one-year delays in planned projects.