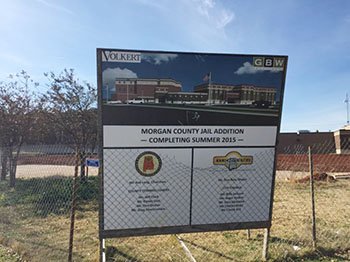 DECATUR, Ala. — A federal judge last week dismissed a series of lawsuits filed by inmates claiming that poor conditions at the Decatur City Jail in Decatur are violating their constitutional rights. The jail, which was first scheduled for closure more than 17 months ago, provides inmates with poor medical care and food services and increasingly inadequate living conditions, according to the 15 different lawsuits filed in the U.S. Northern District.

The lawsuits were dismissed primarily on the basis of technicalities; for example, some inmates failed to file an amendment to their complaint or to update their address upon release, according to DecaturDaily.com. Upon learning of the dismissals, Mayor Don Kyle told DecaturDaily.com that he believed many of the lawsuits were unfounded.

Currently, the Decatur City Jail is operating under a federal court consent decree that mandates certain staffing levels and living conditions for inmates. The Atlanta-based Southern Center for Human Rights is serving as the court’s facility monitor.

On account of the Decatur City Jail’s condition, inmates will soon be relocated to a new 450-bed addition to the Morgan County Jail upon the city jail’s closure, according to an arrangement approved by city and county officials in August 2013. Originally, the project called for the construction of a new standalone facility on the Morgan County Jail campus, but was later amended to include only an addition to the existing facility. The dormitory-style addition will house minimum-security inmates, including trustees, work-release inmates and misdemeanants.

Prior to the agreement with Morgan County, it was determined that the city jail required approximately $1 million in upgrades. The alternative would have been to construct a new facility for an estimated cost of $5 million. The city now plans to maintain the 1970s-era jail until the new addition to the Morgan County Jail is complete, and not embark on any significant new projects or improvements.

Under the original August 2013 agreement, construction was to commence on the Morgan County Jail addition in October 2013 and wrap up in the fall of 2014. The move from a freestanding facility to an addition shortly after the original agreement pushed the start date to the spring of 2014. Work on the addition, which was expected to last one year, finally began in June 2015 and is now approximately 45 percent complete. However, Morgan County Commission Chairman Ray Long told DecaturDaily.com last week that construction is currently 45 days behind schedule and is now expected to finish in late August or early September. The inmate transfer is now planned for October.

The project architect is GBW Architects of Decatur and the construction firm is Lee Builders of Huntsville, Ala. The total construction cost is $9.59 million, while the total project cost is $11 million, $2 million of which will be paid by the city of Decatur. The city will also pay the county $100,000 per month for 20 years to reserve 120 beds in the jail, according to the DecaturDaily.com.