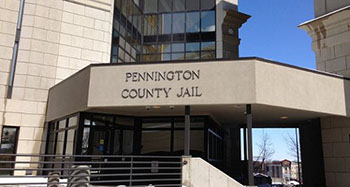 RAPID CITY, S.D. — Like several counties across the U.S., Pennington County is looking to alternatives for incarceration instead of deciding to add onto its already massive, 624-bed county jail in Rapid City.

The Pennington County Jail has undergone several jail construction projects since it was originally built in 1921 to accommodate the nine-fold increase in the number of inmates since 1970, according to Rapid City Journal. The average daily inmate count at the jail was only 51 in 1970 (when the nation’s first jail census was took), but that has since grown to more than 400.

To find alternatives for incarceration, Pennington County applied for funding from the Safety and Justice Challenge, a program created by the Chicago-based John D. and Catherine T. MacArthur Foundation to help establish more local justice systems. The county was among 20 nationwide finalists to receive funding. The final grant application was submitted by a committee of local leaders in January, and award announcements are anticipated soon.

The county requested $4.9 million in grant funding over three years to help create jail alternatives for low-level nonviolent suspects and convicts, reported Rapid City Journal. The county hopes to reduce its average daily inmate population by 25 percent, from 365 (not including contract inmates housed for the federal government) to about 275.

Highlights of the plan involve developing a larger “sobering center” for intoxicated people, replacing monetary bail in some cases with a risk-assessment process, creating efforts to reduce the high incarceration rate among Native Americans and increasing the use of community service and electronic bracelet monitoring in lieu of jail time.

About $3 million (or 60 percent) of the total request would go toward hiring staff to help implement the various initiatives. Whether or not Pennington County receives the grant funding, the county still hopes to move ahead with some of the initiatives, reported Rapid City Journal.

While the jail has yet to run out of space for inmates, Capt. Rob Yantis told Rapid City Journal that they’re getting close. Part of the reason the county continues to see an increase in inmates is due to a combination of stricter, tough-on-crime laws and an increase in the use of drugs, specifically methamphetamine.

In preparation for the grant application, the local grant committee gained insight into local policies that send nonviolent people to jail because of a lack of jail alternatives, among other decisions made by arresting officers and judges. According to the Vera Institute of Justice, the number of inmates in local jails has more than quadrupled in the past four decades. The rate of growth in Pennington County, however, is about nine times more than it was in 1970.

With the rising inmate population come additional costs. Rapid City Journal reported that Pennington County Jail costs about $12 million a year to run, which accounts for about 15 percent of the county’s total budget.