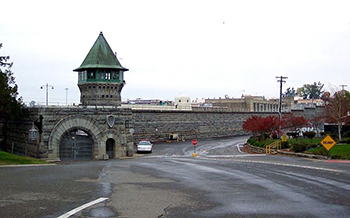 SOLEDAD, Calif. — The California Department of Corrections and Rehabilitation (CDCR) regained responsibility for providing medical care at the Correctional Training Facility in Soledad in early March. This marks the second state prison that the CDCR regained medical care responsibilities for after a decade of federal control.

J. Clark Kelso, the federal court-appointed receiver, turned operations back to the CDCR, despite concerns from attorneys representing inmates in a class-action lawsuit over poor medical care, said Don Spector, director of the nonprofit Prison Law Office, to the Associated Press. Because attorneys and other experts found problems with the quality and type of care being provided at the Soledad facility, Kelso and other department officials will have the court’s experts review inmate care in about six months to see if conditions improve. The Soledad prison holds more than 5,000 minimum-and medium-security inmates.

Last June, Kelso first returned health care at Folsom State Prison, which has an inmate population of about 2,300, to the CDCR. While the return of control to both facilities bodes well for the state, U.S. District Court Judge Thelton Henderson of San Francisco said a year ago that California must successfully operate all 34 adult institutions for a year before he will consider ending his control, reported the Associated Press.

"We’re pleased and ready to start taking back control of medical care," said then acting Corrections Secretary Jeffrey Beard in a statement last summer (he has since retired) when the Folsom State Prison regained control. "We know that other CDCR prisons are ready to step up in the months ahead and we will continue collaborating with the Receiver’s Office to ensure inmates at all of our facilities receive appropriate health care."

The Soledad and Folsom prisons were the first two to receive passing grades from the state inspector general last year. A third — the California Rehabilitation Center in Norco — passed last July. However, the decision of whether or not to return control of health care to the Norco facility depended on whether or not lawmakers decided to keep the facility running. In January, Gov. Brown announced that the prison, which houses about 2,400 men, will remain open for several years so the state can stay below a cap on its inmate population.

While these three prisons received passing grades last year, about a third of the dozen prisons the inspector has evaluated are still not providing adequate care. Some conditions are similar to the ones that Henderson found when he initially determined that the facilities were unfit in 2006, according to the Associated Press.

At that time, Henderson found that an inmate a week was dying of preventable causes such as overcrowding, which contributed to such poor care that it was deemed unconstitutional. The following year, a panel of three federal judges ordered for California to sharply reduce its prison population. The U.S. Supreme Court subsequently cited substandard care and shortages of physicians in upholding the ruling, reported the Los Angeles Times.

In an effort to bring the facilities up to constitutional standards, the state has spent $2 billion for new prison medical facilities, doubled its annual prison health care budget to about $1.7 billion and reduced tis prison population by more than 40,000 inmates.