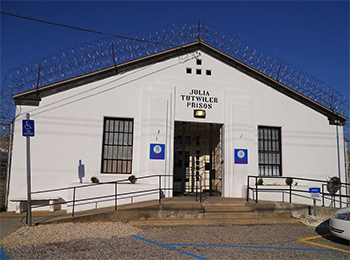 MONTGOMERY, Ala. — Alabama Governor Robert Bentley’s $800 million plan to build four new prisons across the state passed successfully through the state House of Representatives on April 28 after being approved by the Senate earlier last month.

Following nearly seven hours of debate, members of the House voted 52-33 on a version of the Alabama Prison Transformation Initiative Act that includes minor changes to version originally passed by the Senate. State senators must now sign off on the changes, reconciling the two versions.

“We have made significant progress over the last year to improve our criminal justice system, and with the construction of four new and modern prisons, Alabama is poised to be a national leader in safe and effective incarceration of inmates,” Governor Robert Bentley said in a statement promoting the bill prior to its approval. “We cannot move our state forward without addressing the issues that have plagued the prison system for decades. We have a good plan to address the issues and with the partnership of the Alabama Legislature, we can solve the issues and make the Department of Corrections more efficient.”

Many of the state’s existing prison facilities were built decades ago and suffer from age and inefficient designs that hinder operations, increase maintenance and repair costs, and have also increased costs of transporting inmates from prison to medical care facilities. Additionally, correctional and support staff costs have jumped due to the system’s geographic disparity and increasing medical costs due to inefficiencies in delivering medical services to inmates, according to a statement by Gov. Bentley’s office.

The Alabama Prison Transformation Initiative Act aims to reduce overcrowding and improve safety conditions for both inmates and correctional staff, allow for additional inmate re-entry programs and to improve operational practices and procedures for the Alabama Department of Corrections (ADOC). The legislation allows for the issuance of up to $800 million bonds for up to 30 years by the Alabama Corrections Institutions Finance Authority with the debt service on these bonds to be paid from savings within the annual budget of ADOC. The three men’s facilities will be designed to house at least 3,500 inmates.

“This prison transformation legislation is yet another example of our commitment to continued efficiency in state government,” said Rep. Steve Clouse, R-Ozark, one of the bill’s co-sponsors, in a statement. “It will not only save taxpayer dollars, but it also addresses important issues plaguing our prison system. This bold reform measure reinforces our commitment to addressing this matter once and for all.”

Construction of the three regional men’s facilities and one female facility should begin in the fall of 2017 and will likely be completed within three years.