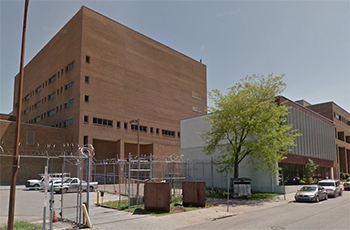 NASHVILLE, Tenn. — Construction on the new Metro-Davidson Criminal Justice Center is scheduled to start soon after the design phase is completed in July 2016. Initial work would include demolition of the old jail located on Second Avenue in downtown Nashville.

The about $113.4 million project will include the county jail and sheriff’s offices. Brentwood, Tenn.-based Bell & Associates Construction will serve as project manager and general contractor, while national architectural firm HOK is working on the design.

The existing Criminal Justice Center (CJC) was constructed in 1982 and was described by Former Mayor Karl Dean as a place with regular flooding, faulty elevators, questionable plumbing and a fire detection system that doesn’t work at the time he proposed the new construction plan in April 2015, reported The Tennessean. The original proposal for the project included leaving the aging CJC behind and building a new jail at Harding Place, where the Metro Government of Nashville already owns 163 acres and houses three facilities for inmates.

This move would have helped to consolidate detention facilities and various other operations in the sheriff’s department, build a new police headquarters and reduce operating costs in many departments, according to The Tennessean. The proposal included relocating the Jerry Newson Training Center from East Nashville as well as a new processing center and new sheriff’s offices. It was estimated that operational costs could have been reduced by $2 million a year, and utilities cost-savings would be about $1 million annually, reported The Tennessean.

After neighborhood lobbying efforts came to the forefront, however, the Metro Council decided to “renovate” the downtown facility instead of building a new facility at Harding Place.

The current facility features a six-story linear design and serves as the intake point for all arrestees in Davidson County (about 50,000 a year), and offenders who remain in custody after 48 hours are classified for housing and custody levels, according to the city website. Offenders who remain housed at the CJC are pre-trial males with custody levels of maximum, medium and special needs, while female offenders are booked and then transferred to the CDC-Female Facility. Any male inmates who are classified as maximum-security require direct supervision, direct medical supervision and/or special care.

Now that the project is nearing the beginning of construction, the Metro Government of Nashville and the Davidson County Sheriff’s Office are working to get all inmates and staff out of the downtown facility by July 1. They will be moved to the facilities at Harding Place in southeast Nashville. This was chosen because it already hosts three facilities for inmates — the 500-bed Correctional Development Center, Female; the 768-bed Correctional Development Center, Male; and the 1,348-bed Metro-Davidson County Detention Facility.

Design details for the CJC project have yet to be disclosed, but the facility is scheduled for completion by the end of 2019.