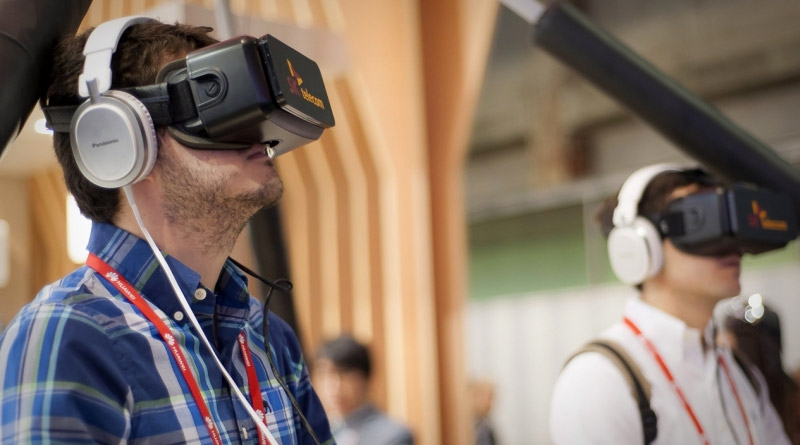 Popular in the video game world, VR technology has become a household item and is slowly making its way into the correctional industry.

Today, the term “virtual reality” (VR) refers to a computer-generated, 3-D image or environment that can be interacted with in real-time using input devices such as headsets. Popular in the video game world, VR technology has become a household item and is slowly making its way into the correctional industry.

Virtual Rehab is a company that aims to reduce the number of repeated offenses and re-incarceration rates through VR rehabilitation programs. Soft launched on Nov. 14, the company’s idea is under provisional patenting. It’s application is under development and has yet to be used in any facilities, but that is the ultimate end goal once the product is made available by mid-2017. Correctional News spoke with Virtual Rehab Founder and CEO Dr. Raji Wahidy to get more insight on the technology.

Q: Where is the company currently at in terms of providing this technology to facilities?

Wahidy: The Virtual Rehab company was officially launched on Nov. 14. However, we have referred to this launch as a soft launch since we do not have an actual product to demo yet. As soon as our product development is partially complete and we have a product that is ready for demoing and can be shared with the wider public, then we will be a fully launched company with a product that will showcase and support our claims and capabilities. We like to under promise and over deliver.

“Patent pending” is normally achieved when a provisional patent has been submitted and accepted accordingly. A provisional patent application protects our idea for up to one year and thus, allows us to label our idea as “patent pending.” Anytime during this year or upon its completion, we can apply for the formal patent claim, which would then, upon acceptance, render us with the patent accordingly.

Q: Can you explain exactly how Virtual Rehab works?

Wahidy: The content that we will develop at Virtual Rehab will be focused predominantly around education, job training and rehabilitation of various offenses. We will make uses of haptic feedback technology, which provides a sense of touch, to make the experience feel more realistic.

Automotive Body Repair is just one example of the Career Technical Education Content we’re building (others include roofing, welding, construction, plumbing and so on). Within the VR environment, the inmate will have several task options that he or she will need to fix. The inmate will select the task to proceed forward with and the real-life environment will then be built based on the selection made.

Subject matter in regard to Family Violence is another example of the content we’re building for the Real-Life Offense Situations Content. (Others include Sex Offence Management, Substance Abuse Management and so on.) Within the VR environment, the inmate will be faced with a real-life situation where he or she will witness a family violence or altercation scenario and will be expected to take the appropriate measures to rectify the situation.

Should the inmate be the one being subjected to this kind of violence (whether verbal or physical), he or she will be expected to either demonstrate self-restraint (for verbal situations) and take the appropriate measures to control the situation. In situations where the inmate witnesses physical violence, he or she will be expected to either intervene in a peaceful manner to put the situation under control. Or if there is excessive violence, it would be expected that the inmate would look for the nearest phone (or mobile phone), pick it up and call 911 for further intervention. Otherwise, the inmate will fail the task-on-hand accordingly. There will be an evaluation scheme at the end of the task that will advise the inmate of what he did right and what he could have done differently.

Q: What would a corrections facility need to offer the technology to inmates?

Wahidy: Our content will be compatible with all headsets available on the market: Oculus Rift, Samsung Gear VR, Google Cardboard, Google Daydream View and others as they are released to the public. In order to make this possible, corrections facilities would need the following:

• A small room, where the VR experience can take place

For more on the benefits of VR technology for inmates and corrections staff, stay tuned for Part II of this Q&A to be published in the coming weeks.