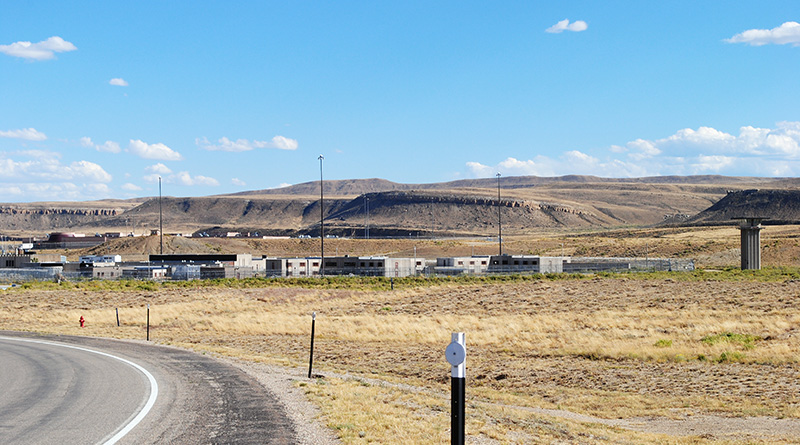 RAWLINS, Wyo. — Structural deficiencies continue to plague the 15-year-old Wyoming State Penitentiary in Rawlins, and now state lawmakers are split on how to best fund the much needed repairs. Gov. Matt Mead and some members of the 13-member Task Force on State Penal Facilities are now at odds over the potential use of bonds to address the multi-million dollar maintenance project.

On Nov. 29, Gov. Mead called on the state Legislature to authorize more than $83 million in bonds to begin repairs on the facility that will address a number of serious structural deficiencies, which a report by the state’s engineering consultant blames on poor construction techniques.

“Bonding is a very solid option,” Rep. James Byrd, D-Cheyenne, told the Casper Star-Tribune. “We don’t like to bond. But we’ve been spoiled by having cash on hand.”

Byrd also expressed concerns about obtaining this significant amount of money quickly, as repairs are urgently required and the bonding process could be lengthy. He added that another option, raising property taxes, would be “unfair to residents.”

Byrd’s colleague, Rep. Kermit Brown, R-Laramie, however, told the Casper Star-Tribune that the state could reasonably manage the bond debt thanks to its strong credit rating and economic prospects.

Meanwhile, Sen. Eli Bebout, R-Riverton, would prefer to continue monitoring the prison’s conditions in hopes that soil conditions stabilize, halting further shifts and possibly impacting the price tag and scope of the repairs. Bebout told the Casper Star-Tribune that authorizing the bonds was “one of the last options [he’d] pick,” instead preferring to shift funding from other capitol projects to cover the upgrades.

Estimates place the price tag of urgently needed repairs at $3.5 million, but addressing all issues — including the cracking walls, disintegrating masonry and rising walls throughout the 820-bed penitentiary structure — could add up to nearly $80 million, roughly the cost of the jail’s construction in 2001.

The extent of the structural issues came to light in January 2016 when engineer John Lund of Martin/Martin Consulting Engineers, with a local office in Cheyenne, shared findings of a building study that showed the structure’s decline. While Lund reported that the structure remained safe for staff and inmate occupancy, state correctional officials, architects and engineers participated in two days of meetings in June to discuss jails condition and operations.