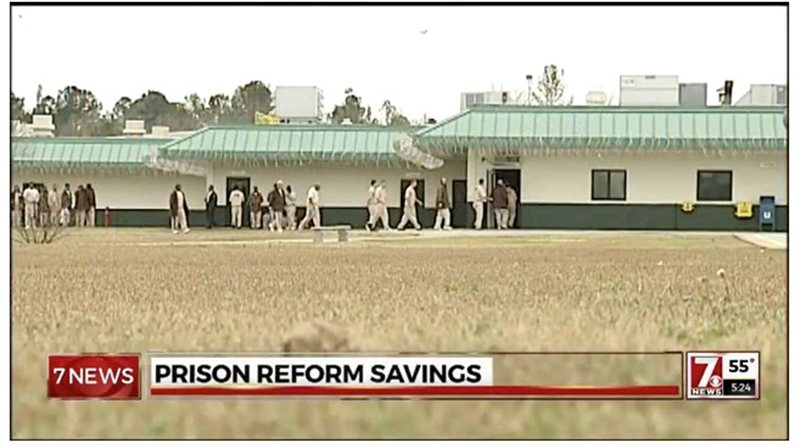 COLUMBIA, S.C. — South Carolina is proving that prison reform can really help taxpayers save. Representatives from the Pew Center on the States presented a report to the House and Senate Sentencing Reform Oversight Committee on Nov. 28 that showed how the state’s passing of the Omnibus Crime Reduction and Sentencing Reform Act of 2010 contributed to an at least $491 million in savings that would have gone to construction and operating new prisons, according to local news outlet WSPA.com.

Sen. Gerald Malloy, D-Hartsville, who led the fight for the bill in 2010, told WSPA.com: “When Governor [Mark] Sanford signed the bill into law, he told me then he agreed with me that this bill was probably the most important measure that he had signed during his administration and that we would know the full effect of it he said for 20 years.”

In 2009, the state was expecting its prison population to grow to almost 28,000, which would have required the state to build a new prison at a cost of about $317 million and other $141 million in increased operating costs. After the law took affect, however, the state’s prison population has dropped by about 8,000, and six prisons have been closed as a result. This saved the state an additional $33 million in operating costs.

While the law increased the penalties on some violent criminals and reclassified some crimes as violent, it also reduced sentences for nonviolent offenses and created more opportunities for first-time offenders to be put on probation, complete community service or enroll in drug-treatment programs in lieu of serving time. As a result, the recidivism rate has gone done, and FBI crime stats show that the crime rate in the state is down to 3,798 per 100,000 residents last year, compared to 5,137 in 2005, reported WSPA.com. The state has also dropped from the 11th-highest imprisonment rate in the country (at the time the law was passed) to the 20th in 2014, according to The Post and Courier.

Lawmakers said that the next step is reinvesting some of the savings back into the prisons system by hiring additional correctional officers and increasing their salaries, according to WSPA.com.