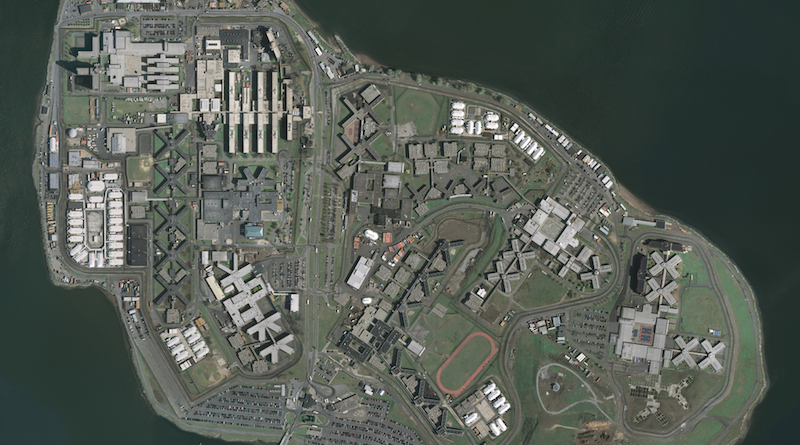 Construction on a new jail on Rikers Island is on hold, but officials are committed to getting it built.

NEW YORK — New York officials have big plans for the Rikers Island jail complex, as the jail site continues to be under scrutiny for poor conditions and inmate violence — the most recent reported occurrence happening this past weekend when a violent inmate slashed another detainee in the face on Saturday night.

Earlier this month, New York City Mayor Bill de Blasio promised to release a long-term plan for the 10-jail complex in the coming months. Instead of closing the facility, the plan includes resuming construction on a controversial new jail for the island, a project that has been stalled since he took office, reported New York Daily News, as well as undergoing $1 billion worth of improvements on the island under his 10-year preliminary budget. That includes $501 million for the new jail, which would possibly include a mental health facility.

Opponents to the plan are advocating that the 413-acre Rikers Island complex be shut down and modern jails be replaced by facilities designed to be safer for inmates and guards and scattered throughout neighborhoods. One of their key arguments is that the jail’s average daily population at about 9,750 has decreased by more than half since its peak in 1991, according to New York Daily News.

The island’s remote location makes it difficult for inmates to get to court as well as for lawyers and family to visit, reported New York Daily News. Court delays are one of the key things to increase the jail population, with the average length of stay for pre-trial detainees up from 46 days in 1992 to 55 days in 2016.

Protestors of the jail also continue to push for more reforms since the three other jails operating in Brooklyn, Manhattan and the Bronx could not accommodate all of the inmates being held at Rikers. Another solution suggested by city officials includes expanding the three other jails in operation.

City Council Speaker Melissa Mark-Viverito even vowed in her State of the City address last year to pursue reforms in an effort to shut Rikers down, according to New York Daily News. She even requested that the state’s Former Chief Judge Jonathan Lippman organize an independent commission to conduct a feasibility study of how to shut down the Rikers complex, with a report expected to be released in April.

On March 19, New York Governor Andrew Cuomo weighed in on the topic, calling the current situation at Rikers “intolerable” and said that he believes the city should shut down the jail and build two or three new jails in its place, reported New York Daily News. He even suggested building a facility on Wards Island, where a current state psychiatric facility resides off Manhattan.

As of now, construction on the new jail is on hold until after the report is released, but officials are committed to getting it built, reported New York Daily News.