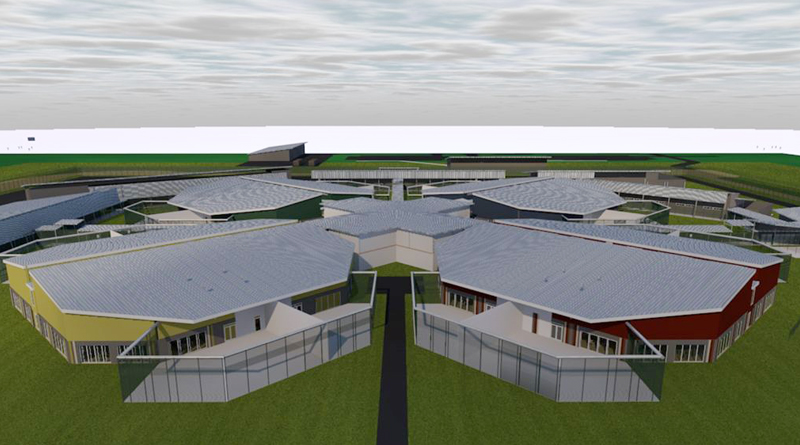 The rapid-build method of delivery will speed up construction on the new 400-bed Macquarie Correctional Centre on the site of Wellington Correctional Centre, which would normally take two years to complete, according to a statement by Elliot. With the fast-paced schedule and construction that began in at the end of 2016, Elliot predicts that the facility will be open in mid-2017. Hansen Yuncken, with nine offices across the country, was selected to build the facility

“This innovative rapid-build design is a first for NSW and will ensure inmates are engaged in activities including programs to reduce reoffending, education and industries for up to 12 hours per day, compared to six hours a day at similar security facilities,” Elliott said in a statement.

The rapid-build project at Wellington is part of a $3.8 billion infrastructure plan that hopes to deal with the increase in inmate population and provide better rehabilitation services to offenders, according to a statement issued by NSW Corrections. The infrastructure plan includes the addition of about 7,000 new inmate beds upon completion.

“The design allows for correctional officers to have good observation of prisoners at all times, and each dormitory includes a library and computer room,” Elliot said of the Wellington addition in a statement.

In addition to the Wellington facility, the state government is also in the midst of a second rapid-build prison at Cessnock Correctional Centre with planning underway for two more facilities, according to a statement issued by the government, but the sites have not yet been confirmed.

In mid-March, NSW officials also selected the Northern Pathways consortium — comprised of Sydney based firms Serco, Macquarie Capital and John Laing, and Melbourne-based John Holland — to construct a new 1,700-bed jail, according to local news source The Daily Examiner. The facility is expected to add 600 permanent jobs to the area and an estimated $560 million AUD (roughly $430 million USD) to the local economy over the next two decades. Northern Pathways will manage the jail for 20 years from its scheduled completion date in 2020.

With the building of multiple prisons in upcoming years, Corrective Services NSW (a governmental agency responsible for running correctional centers in the state, among other tasks) is recruiting more than 1,400 new corrections officers and about 100 community corrections officers to support the infrastructure program, according to a statement by Elliot.

Correctional officers are expected to start working at the facility prior to the inmates moving in in order to test the new procedures before the facility becomes occupied, according to a statement from Assistant Commissioner of Custodial Corrections Kevin Corcoran.