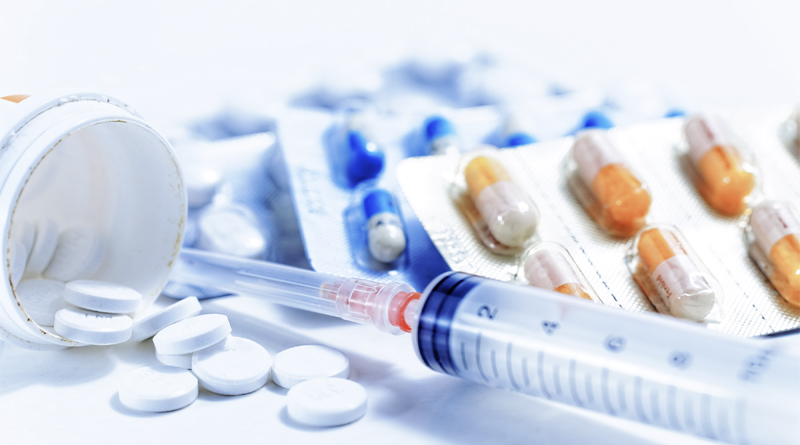 The burden of dealing with the opioid overdose crisis has fallen largely on the shoulders of law enforcement officials. Despite inadequate resources, law enforcement officials continue to do everything possible to keep communities safe from the fallout. However, enforcement-only policies focused on reducing the opioid supply, paired with the underlying culture of mass incarceration, have resulted in a criminal justice system crowded with detainees in need of treatment, and increased costs to the system and communities.

Individuals in jails and prisons who have opioid use disorder (OUD) must have access to and be encouraged to engage in quality treatment, according to a 2015 Pew report. The period of incarceration provides a meaningful opportunity to treat an often hard-to-reach and under-served population in a relatively stable setting. Yet, concerns regarding the diversion of medications used to treat OUD prevent many jails and prisons from providing such treatment in their facilities. New medication options such as practitioner-administered implants and injectables can enable jails and prisons to offer inmates treatment without having to dispense daily medications to them.

According to a 2010 study from the National Center on Addiction and Substance Abuse (CASA) at Columbia University, approximately 65 percent of the 2.3 million incarcerated individuals met the medical criteria for a substance-use disorder, while another half million had committed a crime while under the influence or had a history of substance use. Treatment for individuals with OUD has proven to be effective at reducing the risk of criminal recidivism, overdose and death, according to the Department of Health and Human Services. Yet, only 11 percent of inmates receive treatment while incarcerated, according to CASA.

Additionally, opioid misuse, abuse, dependence and overdose results in $7.7 billion in criminal justice-related costs — nearly all borne directly by state and local governments’ budgets, according to an article by ScienceDaily. However, treating OUD can also result in significant cost savings. Every $1 invested in OUD treatment yields up to $7 in crime-related savings given that individuals with untreated OUDs are more likely to commit crimes and, consequently, become incarcerated and experience high rates of recidivism, according to the National Institute for Drug Abuse.

Evidence shows that one of the most effective types of treatment for individuals with OUD is medication-assisted treatment — an evidence-based treatment method that combines counseling, behavioral therapies and medications approved by the U.S. Food and Drug Administration (FDA) to treat OUD, according to the National Institute for Drug Abuse. Practitioners need an array of available treatment options, including FDA-approved medications, to tailor treatment to the unique needs of each patient. Currently, there are three categories of FDA-approved medications for the treatment of OUD: methadone, buprenorphine and naltrexone. Methadone is only dispensed to individuals in a federally certified opioid treatment program. Buprenorphine and naltrexone may be prescribed by practitioners in an office-based setting.

Practitioners may customize treatment with any one of these medications to meet an individual’s particular needs. When treatment plans are individualized, the likelihood of successful treatment engagement and retention are increased, and research shows that those who participate more fully in treatment typically have better outcomes, according to a report by the Center for Substance Abuse Treatment.

Yet, there is also a concern regarding the diversion of these medications in jails and prisons. For example, transmucosal forms of buprenorphine, by virtue of being self-administered, could be diverted. However, as stated by Nora Volkow, director of the National Institute on Drug Abuse (NIDA) in a report by the Food and Drug Administration (FDA): Center for Drug Evaluation and Research, most illicit use of these medications is done so to avoid withdrawal symptoms, and the high it provides is “far from ideal” for those who abuse heroin or oxycodone. Nevertheless, practitioner-administered products for treatment of OUD inherently reduce the risk of diversion, and can enable jails and prisons to safely offer medication-assisted treatment.

Understanding the risks of diversion associated with self-administered products for the treatment of OUD, the Office of National Drug Control Policy (ONDCP), NIDA and the FDA identified practitioner-administered delivery systems, such as implants and injectables, as a promising means to reduce these risks, according to the FDA’s report.

Currently, there are two FDA-approved practitioner-administered products for the treatment of OUD: a once-monthly naltrexone injection and a six-month buprenorphine implant. Because both medications are directly administered and never dispensed to the inmate for self-administration, they inherently increase the chances of an individual adhering to the treatment regimen and reduce the risk of diversion. Additionally, there are weekly and monthly practitioner-administered buprenorphine products under development.

Some professionals in the criminal justice system are hesitant to establish MAT programs for inmates within their facilities given concerns over diversion. However, practitioner-administered medications can enable jails and prisons to provide effective treatment for inmates with OUD and thereby reduce costs, reduce recidivism and save lives.

Shruti Kulkarni, J.D., is outside counsel to the Center for Lawful Access and Abuse Deterrence (CLAAD), based in Washington, D.C.