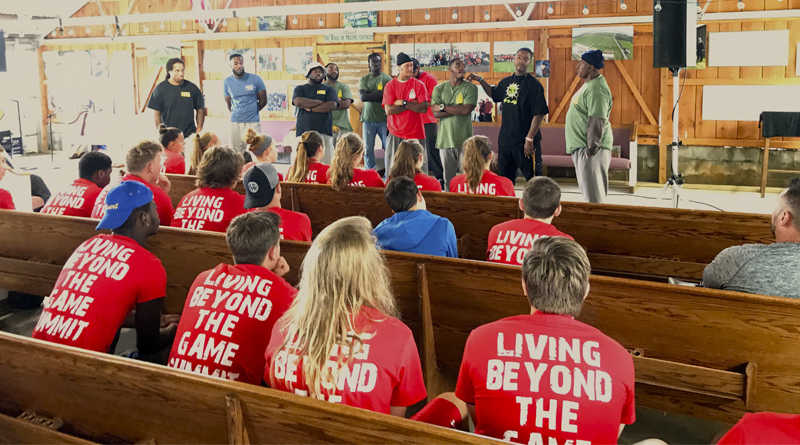 BENEDICT, Md. — Farming 4 Hunger (F4H) in Benedict is a 501(c)(3) non-profit organization that grows and distributes over a million pounds of locally grown, fresh food to those in need in Southern Maryland. In the years since its inception, F4H has created a program called 2nd Chances, a training program for incarcerated men that helps to prepare them for re-entry into the world once their prison sentences are complete. The non-profit is successful with the help of 5,000 to 6,000 participating volunteers each year.

The organization was started in 2012 by Bernie Fowler Jr., founder, who had a vision through his own personal struggles to help people in his hometown to gain better access to fresh fruits and vegetables. The program is located on a 6-acre plot with two greenhouses at a 272-acre farm called Serenity Farm, located in Charles County. Fowler began working informally with local correctional facilities in 2013 to create a work program for inmates, who would help the non-profit to harvest and glean produce. After three years of development and seeing the incredible benefits that this program was having on inmates as well as the community, Fowler made the program official as the 2nd Chances program in 2016.

The goal of 2nd Chances is to increase opportunities for employment and success for the men who have spent anywhere from a few months to many years in prison. The program achieves this not only through the medium of harvesting food, but also through other skill building trainings, such as workforce development skills including computer skills, learning how to manage conflict and working through anger and family issues.

The inmate trainings are possible through a special partnership with the mobile JobSource bus, the College of Southern Maryland in La Plata and through the involvement of thousands of volunteers each year. F4H coordinates with the Department of Corrections Southern Maryland Pre-Release Facility in Charlotte Hall, Md.; the Maryland Food Bank Mobile Pantry program in Baltimore; and partners with the Southern Maryland Agricultural District Commission for the collection of excess produce that otherwise would go to waste.

The program runs six days a week year round from 7:30 a.m. to 3:30 p.m., with three days a week spent harvesting food, and the other days spent on other aspects of the program. So far, 94 inmates have successfully completed the program and have found a significant support system through the program for the re-entry into the “real world” that follows, according to Fowler. With only a 3 to 4 percent recidivism rate, F4H is constantly approached by other towns and states who want help in creating their own version of the program, according to Fowler.

In addition to inmates receiving education and training, the program now includes classes and workshops for high school students, taught by participating inmates. High school students are bussed to the farm for field trips — paid for by grants that F4H has won — for classes intended to create awareness for the students about the overall lives and histories of the inmates, and to prevent students from moving into lives of crime. The classes have created much healing and inspiration for the inmates and students — so much so that many of these students have decided to major in law when they attend college, with the goal of being able to help inmates like the ones they have been working with at the farm, according to Fowler.

“There is a lot of love and community here on the farm,” said Fowler. “What initially started as a reform program has transformed into a family atmosphere. The magic took over when we welcomed the first inmates onto the farm in 2013, and it has been amazing ever since.”