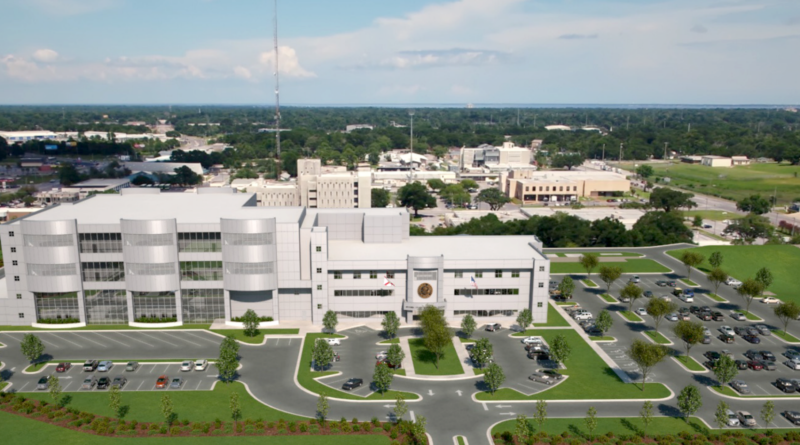 Caddell Construction Co. was awarded a $130 million contract on Oct. 13 for the design and construction of a new correctional facility for Escambia County, Fla., in Pensacola.

PENSACOLA, Fla. — Caddell Construction Co., headquartered in Montgomery, Ala., was awarded a $130 million contract on Oct. 13 for the design and construction of a new correctional facility for Escambia County, Fla., in Pensacola.

Caddell, in a joint venture with its local Pensacola partner, Whitesell-Green, is performing the design-build of the new 300,000-square-foot detention facility on a 19-acre property adjacent to an existing jail. The project’s architect/engineer is Lexington, Ky.-headquartered GRW, with whom Caddell has teamed for the design/build of other major correctional projects.

The three-story building will house 720 inmates and include a secure sallyport; an inmate intake and receiving area; dining and kitchen service areas that will serve both the old and new facilities; and all associated MEP, civil and environmental systems. The new facility will anchor a redevelopment initiative for an economically depressed section of Pensacola. It was specifically designed to complement future commercial office and retail neighbors, and to not look like a jail”.  Completion is scheduled for early 2020.

Caddell is an international construction firm, with a $1.5 billion portfolio in correctional projects nationwide.