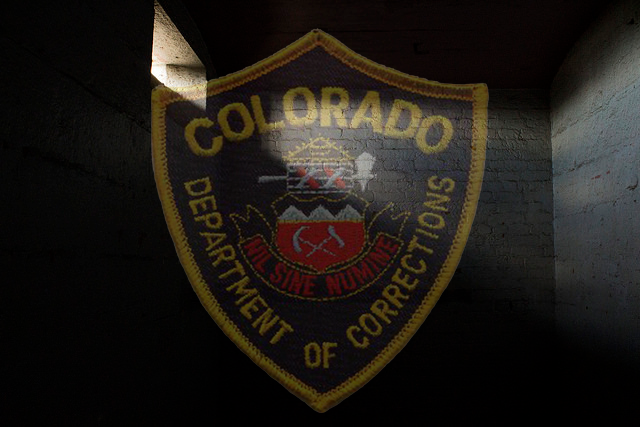 The Colorado Department of Corrections (CDOC) has eliminated the use of Extended Restrictive Housing in its facilities. Photo illustration components by jmiller291 and the CDOC.

COLORADO SPRINGS, Colo. — The Colorado Department of Corrections (CDOC) eliminated the use of Extended Restrictive Housing in its facilities. For those not hip to government jargon, “extended restrictive housing” is what used to be referred to as “solitary confinement” or related segregation of inmates from others.

By its strictest definition, “restrictive housing” is placing an inmate alone in a confined cell for more than 22 hours a day. Instead of employing this means of incarceration, the CDOC will instead implement a program consisting of passive recreation, outdoor recreation, and cognitive rehabilitative and educational classes in a group setting.

The elimination of extended restrictive housing engages offenders in opportunities to make positive behavioral changes and promotes offender success. Colorado’s decision is consonant with the views of many contemporary thought leaders in jurisprudence, including Fred Cohen who wrote in a paper entitled “Restrictive Housing in the U.S. Issues, Challenges, and Future Directions,” published by the U.S. Justice Deptartment. “There is no unifying behavioral theory of use or outcome, and yet the consequences are devastating for so many inmates.”

“I am very proud of this department and staff. This cumulates several years of reforms and hard work to eliminate the use of restricted housing,” said Rick Raemisch Executive Director of the CDOC in a statement. “These changes help us fulfill the department’s mission of long-term public safety.”

In 2011, when segregation reforms began, more than 1,500 offenders or 7 percent of the prison population in CDOC was assigned to Administrative Segregation. Over the past four years, however, thanks to the implementation of segregation reforms, the department was able to reduce this number to less than 200 offenders in extended restrictive housing. The CDOC was generally regarded as a leader in corrections as a result of these measures.

“Long-term solitary was supposed to be rehabilitative, but it did not have that effect. Studies have found that inmates who have spent time in solitary confinement are more likely to reoffend than those who have not,” Raemisch wrote in an op-ed published in the New York Times. “Data shows that prisoners in solitary account for about half of all prison suicides; self-harm is also more common in solitary units than in less-restrictive ones. One social psychologist even found that the degree of loneliness experienced by people in solitary is matched only by that of terminal cancer patients.”

Effective since October of 2017, confinement characterized as either “administrative segregation” or “extended restrictive housing” is no longer an applicable policy in the CDOC. Presently, the only offenders in a short-term restrictive housing environment are those required to serve disciplinary segregation for behavior infractions. That said, they won’t be sanctioned to more than 15 days in such environments.

Raemisch elected to undergo solitary confinement himself to better understand the inmate experience. The executive director spent 20 hours alone in a cell. The exposure to extended restrictive housing proved illuminating to Raemisch who wrote in The Times, “I became convinced this practice was a contradiction of our mission of public safety and felt even more so after I spent 20 hours in solitary confinement myself. Experiencing solitary firsthand, I thought, would better position me to change our culture. If I was troubled by the experience after such a relatively short time, then I had to say, ‘Enough.'”