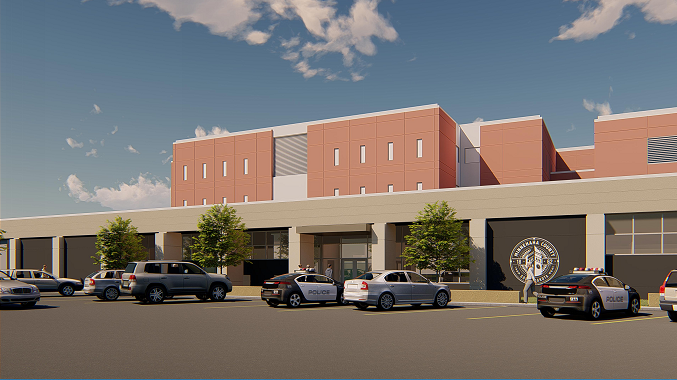 Efforts to expand the over-capacity facility have been continuing for years. Photo Credit: JE Dunn

SIOUX FALLS, S.D. —  Sure, the name “Minnehaha” sounds like it should mean “a small chuckle,” but the county’s $40 million Minnehaha County Jail expansion in Sioux Falls is no laughing matter. Just ask JE Dunn Construction, which has been selected to manage the construction of the project. The national family- and employee-owned company has partnered with its frequent local collaborator, Henry Carlson Construction, to bring the expansion to fruition.

As previously reported in Correctional News, efforts to expand the over-capacity facility have been continuing for years. Though county leaders had originally sought to add 400 maximum-security beds to the facility, county programs and incarceration alternatives have helped decrease that number. That said, the jail continues to complete between 18,000 and 20,000 bookings per annum.

The Minnehaha County Jail expansion is expected to include a new intake unit, additional inmate beds, a medical unit, laundry, jail administration and associated support services for the existing Minnehaha County Jail. A hallmark of the project is a vertical expansion over the existing jail as well as expanded dormitory housing units, inmate recreation spaces, officer control desk and associated support spaces. The upper floors will include inmate general housing and medical observation.

Below, the building addition to the east of the existing jail will include a ground floor public lobby, jail administration, master control, vehicle sallyport, intake, transitional housing unit, inmate recreation and an officer control area.

Tegra is serving as the county’s program manager, and St. Paul, Minn.-based BWBR Architects teamed with local JLG Architects in designing the expansion. The facility master plan was done by TSP | Shive Hattery, with offices throughout the midwest. JE Dunn Construction has 20 offices throughout the country including Kansas City, Mo.; Williston, N.D.; and Dickinson, N.D.

The project will be completed in 2021.