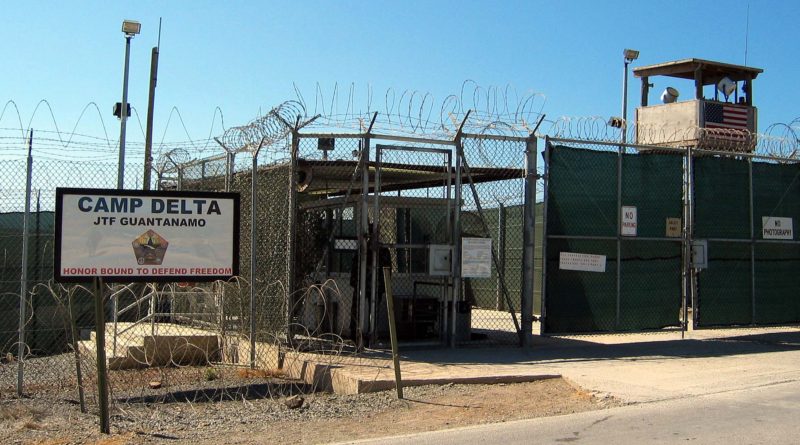 Camp Delta is just one part of Guantanamo Bay Naval Base in Cuba; photos of Camp 7 are forbidden. Photo Credit: WikiCommons

GUANTANAMO BAY, Cuba — There’s the fabled Guantanamo Bay prison camp (or GTMO) that has housed terror-related detainees since Sept. 11, 2001, and then there’s the top secret installation on the base known as Camp 7. Albeit, it’s not much of a secret since you’re reading it here, but the initial idea was that it would hold such nefarious inmates as accused 9/11 mastermind, Khalid Sheik Mohammed. Now, according to the Miami Herald, the Pentagon is seeking $69 million to replace Camp 7.

The request came as part of a large Department of Defense 2019 budget unveiled earlier this month. The new maximum-security detention facility would endure for at least 40 years and replace the crumbling camp, which is in danger of a variety of electrical, mechanical and secure-communications failures. Such issues put U.S. Army guards at risk the request reminds.

In addition to Khalid Sheik Mohammed, Camp 7 accommodates 14 additional CIA detainees and, according to an Army document, “Existing facilities have far exceeded their service life expectancy and are deteriorating rapidly. The tropical climate at GTMO has compounded the problems associated with aging facilities.”

With the current 15-captive population, building costs for the new detention facility pencil out to about $4.6 million per inmate. If funding is granted, the new facility’s design could be completed as early as January 2019 with a contract awarded by the following May and prospective completion date sometime in July 2022. Specifications within the budget request indicate that the building would measure 25,000 square feet and featured cyber security measures as well as sustainable energy measures.

Despite efforts by the Obama administration to close Guantanamo, the offshore detention center has remained operational since 2002. Of the more than 700 detainees to pass through had been charged with a crime or completed trial in a military court, according to the Washington Post. In his State of the Union address in January, President Trump vowed to keep Guantanamo open. During his presidential campaign, he remarked that he planned to “load it up with bad dudes.”