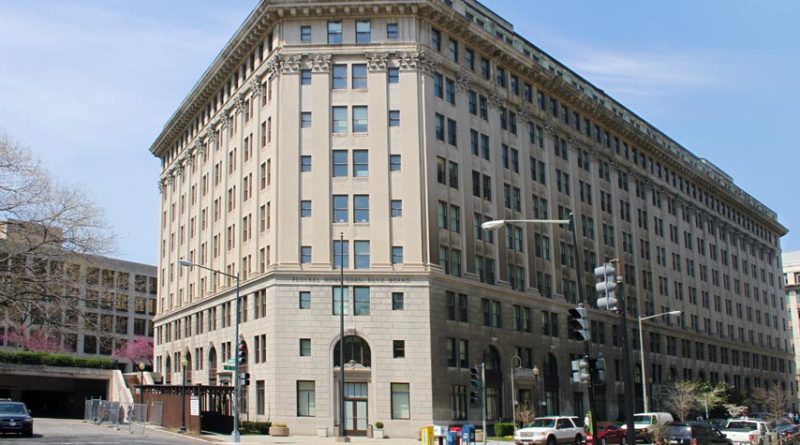 The Federal Bureau of Prisons is headquartered in Washington, D.C. Photo Credit: BOP

WASHINGTON — A memo has surfaced that elucidates the Trump administration’s position on private prisons, which signals an unequivocal pro-business sentiment. In the memo, the U.S. Bureau of Prisons (BOP) identifies a mandate of “increasing population levels in private contract facilities,” according to the memorandum issued by the agency’s Assistant Director for Correctional Programs Division Frank Lara and obtained by Government Executive, a government business news service.

The memo’s revelations affect more than just those behind bars; BOP employees have been instructed to gird themselves for substantial job losses. Proposed cuts of about 6,000 BOP positions (1,800 of those being correctional officers), were forewarned in a conference call conducted with facility administrators in January 2018, representing 12 to 14 percent of its workforce capacity (some positions are presently vacant). Congress hasn’t fully implemented Trump’s 2018 fiscal budget, so cuts have yet to occur.

Per the memo, the proposal underscores Lara’s request that facility leaders identify inmates to transfer to private prisons to “maximize the effectiveness of private contracts.” Inmates deemed “low security” or having three months or less remaining on their sentences were considered viable candidates for transfer.

In all, the memo aligns with Attorney General Jeff Sessions’ reversal of an Obama administration policy that sought to eliminate the government’s reliance on private prisons. Some Democrats, including former presidential candidate Sen. Bernie Sanders, perceive the Trump administration’s interest in private facilities as corruption incarnate since the industry invested hundreds of thousands of dollars into Trump’s campaign. Sanders made his opinion known last year in a tweet that came on the heels of Sessions officially rescinding an Obama-era Department of Justice (DOJ) phase-out of private prisons for federal inmates.

Private prison companies invested hundreds of thousands of dollars in Donald Trump’s presidential campaign, and today they got their reward. https://t.co/N10uuoGS2C

According to a USA Today report, Geo Group and CoreCivic, the two largest private prison operators, donated large sums to Trump’s inauguration. The former donated $225,000 to for Trump’s inaugural festivities — and CoreCivic contributed $250,000 which was recorded in congressional reports. Additionally, Geo Group, through a subsidiary, made a $22 million contribution to a super PAC earlier in the campaign.