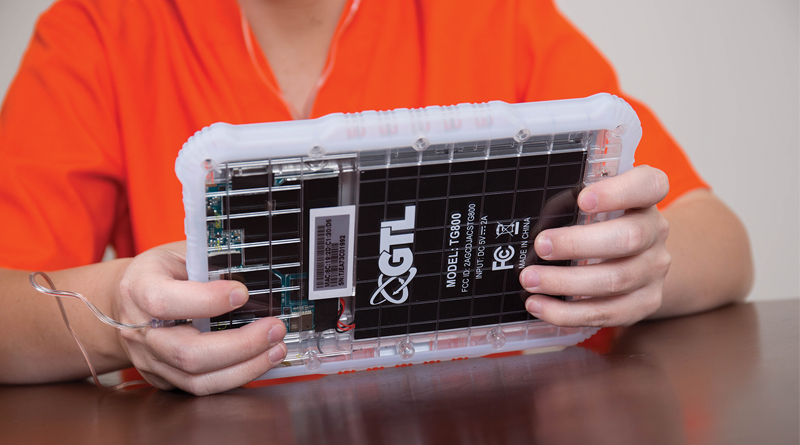 More than 50 percent of correctional facilities are expected to embrace wireless tablet technology in the next five years.

Tablet technology is rapidly altering the landscape of corrections facilities. The entire corrections ecosystem is looking for ways to increase operational efficiency as well as increase post-release success and reduce recidivism.

Currently, less than 10 percent of facilities across the country have embraced wireless tablet technology, but that number is expected to balloon to more than 50 percent in the next five years because of its tangible and intangible benefits. One early adopter, Pima County, Ariz., has seen significant drops in violence and suicidal behavior since introducing tablet technology.

Introducing tablet technology into corrections facilities is the logical result of a need for facility efficiency and security, and tablets provide solutions for both. In terms of operational efficiency, tablets save man hours and reduce operating costs. At the same time, they reinforce responsibility and self-reliance in inmates. Instead of needing staff to assist with routine administrative tasks, inmates are empowered to use tablets for these tasks. This frees up staff members for more important duties and gives inmates a sense of control over their own needs. Using tablets to create and submit digital administrative requests also increases the likelihood of inmates having greater digital literacy once released.

The efficiency benefits of tablets cannot come at the sacrifice of security. Reston, Va.-headquartered GTL offers tablets that have multiple layers of security that have been inspected, reviewed and tested by corrections security staff as well as cyber security experts. Further, the operating system for GTL’s tablets was built to prevent inmates from accessing the internet, tightly controlling the content available.

There is another side to the security coin, too. Not only do we want to ensure the security of the actual tablet and the software that makes it function, we want to ensure the safety and security of officers and inmates within a facility. To this end, tablets are key to achieving safer and calmer facilities. Inmates listening to music or reading books on a tablet are inmates that are not engaging in nefarious activity. With tablets offering constant access to a phone, inmates are no longer trying to control the wall phones, reducing stress, gang activity and the potential for violence. Because administrative requests and grievances can be tracked via tablets, inmates no longer feel the need to confront officers about their complaints and voices being heard. Supplementing traditional mail with electronic messaging means reducing one path for contraband to enter a facility, and the automatic scanning of keywords and phrases in electronic messages reduces the possibility of hidden meanings and secret plans being passed through the mail. These are just a few ways in which tablets can improve the safety and security of a corrections facility. In addition, inmates are motivated to exhibit their best behavior because they do not want to lose access to their tablets.

When inmates are occupied with their tablets, they are not looking to officers or other inmates for a “source of entertainment.” Instead, the tablets provide options that reduce violence — playing games, reading news articles and books, listening to the radio, accessing education content and more.

Current studies have shown that 76.6 percent of released offenders are re-incarcerated within five years. But a study by the Minnesota Department of Corrections found that regular communication with loved ones resulted in a 13 percent drop in felony reconviction and a 25 percent drop in technical violations. With all the communications options available on tablets, it is possible to have a material impact on the recidivism rate.

GTL is dedicated to making communication with loved ones easier and more accessible via tablet technology. Calling is always a one-way street in corrections facilities — inmates can call out, but loved ones cannot call in. So, inmates are forced to call their loved ones repeatedly until they are available for a call, or in most cases, just give up on connecting. GTL has lessened the burden of figuring out a scheduled call time with a new, industry-first feature. Request2Call allows an inmate’s friends and family members to submit a call request to their inmate. Inmates receiving these requests on a GTL tablet can then immediately call their loved ones.

Brian Peters is a vice president at GTL, where he heads up a product team that manages the Inspire tablet program and also leads the product management team in enhancing GTL’s facility and inmate product portfolio.