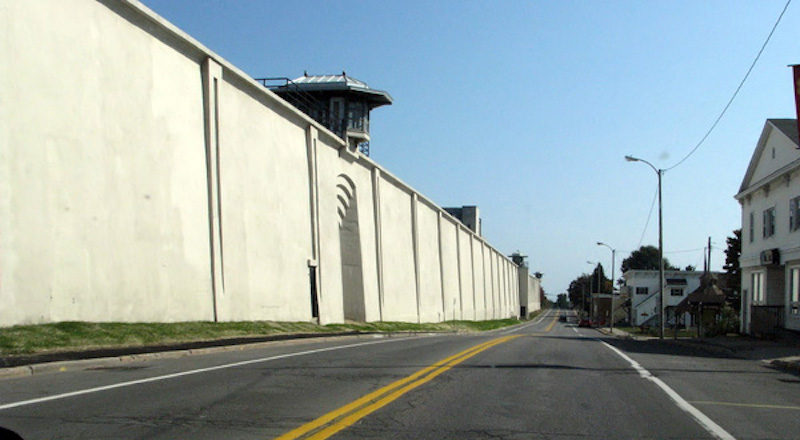 This is a view of the Clinton County Correctional Facility from the outside. Photo Credit: WikiCommons

LOCK HAVEN, Pa. — Back in the day, Pennsylvania’s Clinton County paid a pretty penny for its first correctional facility — about 5.5 million of them, which, of course, is $5,500. Compare that to the Clinton County Correctional Facility (CCCF) built in 1990 in nearby McElhattan, Pa., for $3 million, and one can witness inflation at work, especially when considering the $4 million in repairs the facility necessitated this past year. But wait, there’s good news lurking in all those figures — the project came in about $400,000 under budget.

Clinton County’s Chief Clerk Jann Meyers said the county originally budgeted the prison remodeling effort for a taxable bond it acquired last year but that Somerset, Pa.-based EADS Architect required only about $3.6 million for the completed project. What remains of the balance will likely be used to facilitate other capital projects including prospective courthouse renovations. News of the savings certainly aligns with the sixth goal on the CCCF mission statement, which reads, “To meet the future correction and rehabilitation needs of the county by means of effective planning and responsible fiscal and resource management.”

Despite the significant savings, the renovations remained extensive with inmate housing units being completely remodeled. Less intensive repairs, such as replacing damaged appliances and correctional-grade furniture, were also implemented. There have also been technological improvements including the installation of various flatscreen TVs, which provide wayfinding, schedules and visiting hours among other information germane to prison life.

Also included in the renovations are laundry machines installed in each housing unit, which allows inmates to wash their own laundry within their living spaces. Simple security measures, such as new tables and chairs that bolt to the floor in common spaces. provides for both inmate and staff safety as well.

Leading the renovation effort was Warden John Rowley who elected to retire last month to the chagrin of county commissioners, who applauded his successful efforts to change the correctional facility’s culture and bring a more progressive sensibility to incarceration in Clinton County.

In addition to championing the renovation, Rowley hired a mental health counselor and provided additional medical staff. He also reinstated inmate recreation spaces that had previously been requisitioned and acquired new uniforms and communications devices for officers.