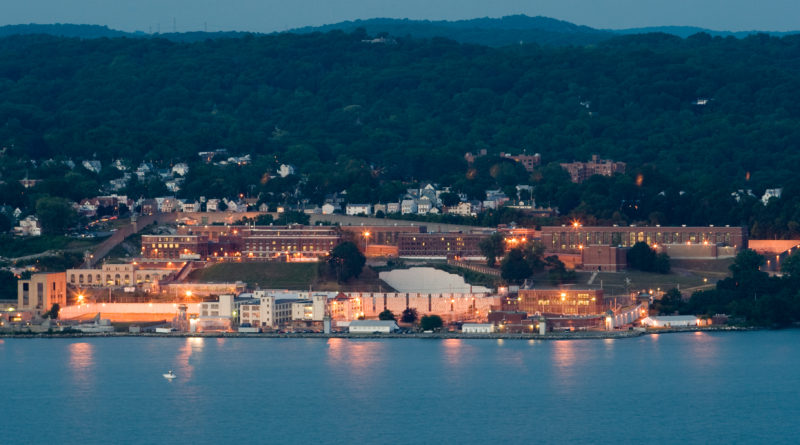 Here's a view of Sing Sing as seen from Hook Mountain, across the Hudson River. Photo Credit: WikiCommons

OSSINING, N.Y. — A firing range at a prison — what could possibly go wrong? Nothing contend administrators at Sing Sing Correctional Facility, the famous New York state prison often framed as the go-to gulag for Hollywood hoodlums.

Sing Sing Superintendent Michael Capra recently shared that a fire consumed the prison’s existing firing range and that his staff desires a new one with the Board of Trustees of the picturesque Westchester County village of Ossining in where the correctional facility is located.

Though the fire’s cause and date were not shared by Capra during the board meeting, he did allow that the desire for a new range predated his employment as the facility’s superintendent, which began in 2012. In August 2017, a fire at the prison firing range was reported to the Croton-on-Hudson firefighters who responded and extinguished a blaze, according to their Facebook page. Village Mayor Victoria Gearity expressed gratitude to Capra, who oversees a staff of 825 security and non-custodial staff, for keeping local officials about abreast of the project.

Germane to the Capra’s vision for a new range is that is will be completely enclosed and will feature heating and ventilation systems. Of note is that the range would be situated outside of the prison’s secure perimeter. The new range differs from the previous one in that it is fully enclosed, heated and ventilated, Capra told village officials. It will also be made available to local law enforcement according to Capra, who added that he had spoken with Chief Kevin Sylvester.

Bids for the new range’s construction are currently being vetted by the construction management team, and a pre-bid meeting was held in late February 2018 to discuss the design and construction of the firing range. The new range is expected to take two years to build.

The history of the firing range at Sing Sing dates back to at least the late 19th century.  In the annual report of New York’s state assembly, dated Jan. 14, 1880, it’s stated that: “A range has been built at Sing Sing for the use of local companies of the Sixteenth Battalion. It has but one target and is too far distant from the railroad to be of value. It has received no aid from the state.”

This withering appraisal of an erstwhile range notwithstanding, Capra and the surrounding community remain keen on the project. Construction shifts will be scheduled to the hours between 7:30 a.m. to 3 p.m. in an effort to mitigate noise interfering with the village community that has shared the area with the prison since its inception nearly a century ago. Sing Sing, which currently accommodates about 1,700 inmates, is Ossining’s largest employer.

Plans are afoot to convert the prison’s original 1825 cell block, which was built from marble excavated by prison laborers from a nearby quarry, into an era-specific museum. In May 2017, the Sing Sing Prison Museum board received its charter from the New York State Department of Education, which designated the museum as an educational organization. The application for the organization to be classified as a federal non-profit 501(c) 3 organization is pending IRS review.