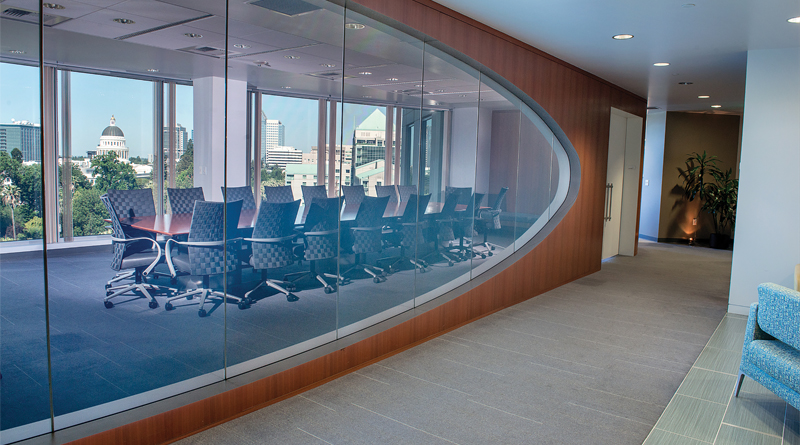 WPSS Group is based in downtown Sacramento, Calif., and has been serving clients for more than two decades.

If you have a history of working in the corrections industry, you most likely have done business in California. And, if you happen to have worked on any public safety project in the great state of California, chances are you have come across Nick Warner. If you haven’t, however, let me take this opportunity to not only introduce Warner, but to also recognize his recent 20-year anniversary since originally founding Nick Warner & Associates in 1997. Nick Warner & Associates — which Warner jokingly admitted was just him in the beginning, with hopes that associates would soon follow — has progressed throughout the years and is now known as Warner, Pank, Salzillo and Sanchez (WPSS) Group.

With the joining of partners Karen Pank, Cory Salzillo and Danielle Sanchez, WPSS Group serves as a legislative advocate to premier public safety organizations in the state of California. Case in point: For the past 20 years, Warner has represented the California State Sheriff’s Association, handling both regulatory affairs and legislative advocacy for the association. Another division of WPSS also proudly represents the Chief Probation Officers of California. In addition, the firm consults several other private companies in the corrections industry as well as clients in automotive, technology, healthcare, financial and media-related industries. In some cases, WPSS represents the interests of its clients before the legislature and governor, and in many other cases, the firm provides strategic consulting services, which essentially boils down to establishing and expanding a client’s brand in California. WPSS also prides itself on being selective with the clients it chooses to represent and carefully evaluates each relationship prior to forming a working agreement. Warner explained that the foundation behind this is to better serve the interests of the client and the vision of his firm.

“[WPSS] has been able to assist some of the finest providers of correctional services with strategic insights into key trends and opportunities around jail construction services, programs for inmates inside and outside the walls, technology, security, inmate healthcare and beyond,” Warner explained. “One thing we have learned is that vendors — or those who partner with state and local corrections — very much care about outcomes and recidivism.”

Warner, a shameless Dodgers fan, was born and raised in Los Angeles and then moved to Davis, Calif., in 1988 to play basketball and attend UC Davis (in that particular order). While the basketball career didn’t pan out, he did excel in school and also found a passion early on for governmental advocacy and criminal justice when he took a position as a justice advocate for the California State Association of Counties (CSAC) in Sacramento after graduating. During Warner’s time at CSAC, he formed a real understanding of how counties functioned and the individual players that ran each of the counties in California. Many groups took note of his talent and approached him about career opportunities. Warner took each of the opportunities to heart, but went back to each group to see if they would work with him if he were to go into business for himself. With the support from these companies, Nick Warner & Associates started business. Nick Warner & Associates, and present-day WPSS, has always been based in Sacramento and truly uses its genuine connections and expertise to help serve the clients it represents. In addition, California has been an ever-popular market for corrections professionals.

“California is a very fluid market and it’s been one major reform after the next,” explained Warner. “In addition, California tends to be a big trendsetter as well.”

Warner explained that one of the major changes California has seen came with AB 109, aka realignment. In short, AB 109 (passed in 2011) transfers responsibility for supervising low-level felony offenders from state prisons to county jails. In addition, both Proposition 47 and Proposition 57 have helped to reduce facility overcrowding throughout California. Prop 47 reduces certain drug possession felonies to misdemeanors, while Prop 57 allows for expedited parole hearings for nonviolent offenders (giving them a chance of release much sooner than expected). Through various assembly and senate bills passed in the last several years, specifically AB 900 (2007), SB 1022 (2012), SB 836 (2014) and SB 844 (2016), the state has made $2.5 billon in funding available for jail renovations, programming and mental health. Warner explained that, with the passing of certain bills, it affects not just the corrections industry, but society in general.

“We are now seeing people who were inside facilities getting released earlier and back out as members of the community,” Warner said. “[WPSS’ clients] are focusing on programming and services both inside facilities and support for when inmates are released.”

As an example, Warner was recently asked to speak on site for the grand opening of the Oren R. Fox Medium Detention Facility in El Centro, Calif., on Jan. 11. The new facility used AB 900 funds in order to develop a state-of-the-art facility that will focus heavily on rehabilitation.

“[Oren R. Fox Medium Detention Facility] is the most recent example of the great work being done by county sheriffs and the justice professionals they team with in design and construction,” said Warner. “The new facility — like all new California [correctional] facilities — focuses on inmate needs such as vocational, educational and healthcare. The trend line is humane, more efficient with the taxpayer dollar and certain to reduce recidivism rates for the next generation.”

While Warner explained how trust is a big part of working and maintaining relationships with clients, he also believes the same for his staff. He praises the knowledge that each member of the team brings to the table and recognizes that he wouldn’t have the successful firm he has today without the countless successes of those around him.

As for the future of WPSS Group, Warner hopes to continue working on tough issues and delivering solutions for his clients for years to come.

To see more on WPSS Group, visit its website: www.wpssgroup.com