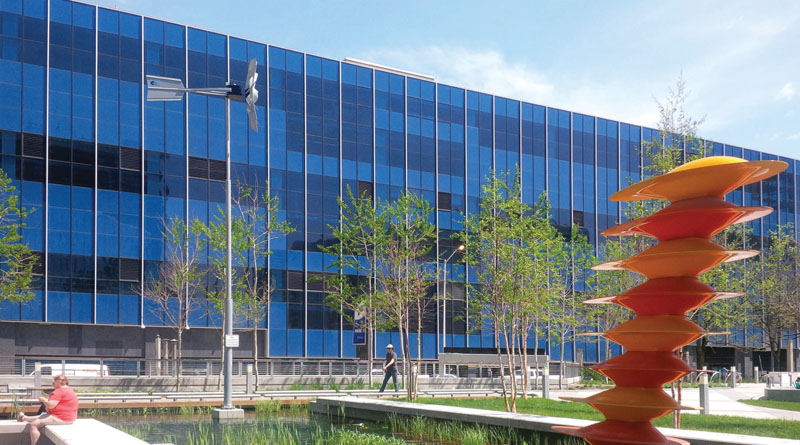 Many jurisdictions are looking to stretch their capital improvement dollars by renovating existing structures to replace their current public safety facilities in lieu of building new. The options presented can range from renovations of an existing police facility to complete rehabilitation of an existing repurposed structure. While there may be many economic advantages to renovation concepts, there are a number of potential tribulations and pitfalls that should be considered when considering the renovation option.

Cost savings can be real. Some structures better lend themselves to be more easily adapted than others. Since police facilities are considered essential services or post-disaster facilities in most jurisdictions, the existing structure must be evaluated for its potential reuse. One of the first evaluation factors should be a review of the basic structure to make sure that it is robust enough to meet the stringent criteria for those requirements. An initial analysis will help to determine what if any structural reinforcement may be required. This analysis should include a review of the foundations and potential concentrated loading that might be anticipated such as data centers, high-density files or extensive building systems. As an example, upgrading the floor capacity for Uninterruptable Power Supply (UPS) batteries, which can be very heavy, may be required. Column spacing and locations will impact the floor plan efficiency so they, too, must be evaluated for adaptability. A larger auditorium or physical fitness training areas and the like will probably not work without major structural modifications or the possibility of a building addition.

The suitability of an existing building to be adapted can also be influenced by the original building’s use. An office building may be easier to adapt than a warehouse or manufacturing facility. In the case of Canada’s Winnipeg Police Service Headquarters, the city first commissioned a test fit of an existing multistory postal processing facility for suitability. While the space was large enough to accommodate the desired program requirements, there were processing function features, such as equipment mezzanines, that presented obstacles to the intended new use. One programmatic mandate was providing natural light to office spaces despite a very deep building floor plan. The design team was able to address this by locating support functions such as the detention and staff break areas in the center core. Clerestory windows were added along the nearly 600-foot-long exteriors, flooding the two-story space with ample natural light.

The discovery of unforeseen conditions within the existing building can stop a project dead or at least delay the process. Certainly, environmental issues like asbestos and lead paint contamination translate to additional costs and delays for the project. These issues should be addressed, to the extent possible, prior to the start of design or at least addressed as a contract separate from the general construction.

For major building renovations, nearly all the building systems will need to be replaced for a variety of reasons, including current code compliance, energy efficiency, updated communications and data technology as well as life cycle costing concerns. These new systems need to be planned for in the early program and design stages so the cost and design impacts are recognized. For the Winnipeg Police Service Headquarters, the exterior envelope was inadequate for current energy code and, in fact, contained no insulation in the walls — quite a surprise in a severe climate like Winnipeg. This was predominantly due to the building previously being a postal processing facility where the equipment and the scores of workers on each floor generated significant internal heat. However, the conversion to a new public safety building required a new insulated exterior curtain wall as well as the addition of extensive perimeter fenestration to effectively provide the required ambient environment. The analysis to develop the right system and cost balance took a considerable amount of research and time.

In certain renovation projects, the existing building may be historically significant and requires that the character of the facility itself or the surrounding environs be respected. This could further translate to financial or historic tax credits or simply an architectural contribution to the preservation of the historic district. In any case, the requirements and processes for getting project approvals must be understood upfront so as not to cause delay. In the case of Winnipeg, the building was not considered historic but rather a contributing structure to the downtown area and, as such, needed to retain only the original form and streetscape, which fortunately required no further approvals from other entities. The City Design Review Committee, however, did require a review and approval of the new curtain wall system since the district aesthetic was affected.

Roger Lichtman, AIA, is the senior vice president and justice lead for corrections and detention at AECOM in Arlington, Va. Steve Loomis, FAIA, is a principal at AECOM and, as part of the justice group, heads the public safety team in Norfolk, Va.