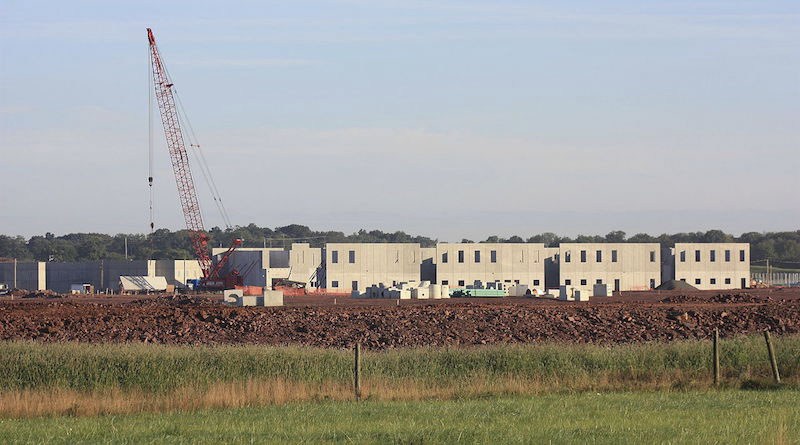 COLLEGEVILLE, Pa. — Mark Twain once opined, “There are basically two types of people. People who accomplish things, and people who claim to have accomplished things. The first group is less crowded.” A recent ceremony for the long-in-the-coming State Correctional Institution at Phoenix (SCI), in Montgomery County, Pa., was very crowded indeed.

Several hundred stakeholders, including lawmakers and state officials, gathered last week to dedicate the new correctional facility, which has been subject to several delays over the past couple of years.

The new $350 million state prison, which is replacing SCI Graterford in Skippack Township, was originally due to open Nov. 20, 2015. However, conflicts with the contractor led to a six-month hiatus on the project, lasting until May 2017. At that point, the Phoenix, as the project is popularly known, was scheduled to open late the following September. That date was also pushed, but now the facility is finally ready to receive inmates. SCI Phoenix will officially begin operation by June 30, 2018.

Located on 164 acres, SCI Phoenix will house roughly 3,830 male inmates in 15 housing units. The design is comprised of distinct east and west flanks that will have its own program services area but share an administration building. Among the amenities at the new facility are a Correctional Industries laundry facility, a garment shop as well as a shoe shop, an inmate property area and maintenance shops and a commissary.

Built on the grounds of SCI Graterford, the facility also features a separate 192-bed Female Transition Unit located outside of its perimeter facility, which will focus on re-entry and family reunification for female inmates returning to the southeastern part of Pennsylvania.

Walsh Heery Joint Venture, a Pittsburgh-based partnership for the national general contractors, has overseen the project’s construction since 2013.