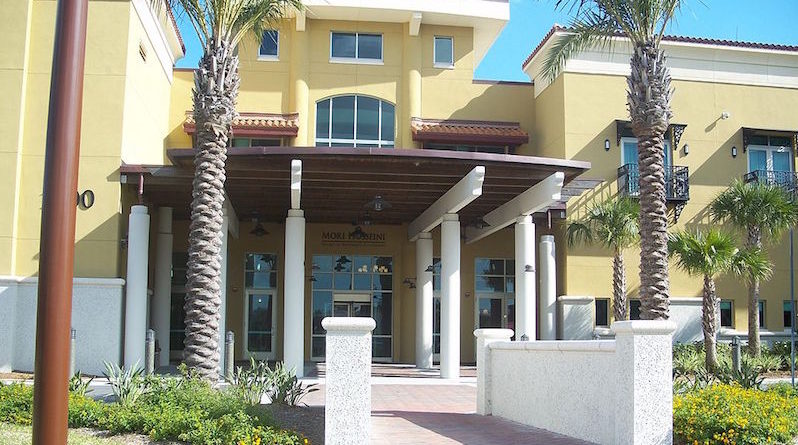 DAYTONA BEACH, Fla. — Recidivism rates for inmates remain a major issue with re-entry, with the National Institute for Justice reporting that nearly 70 percent of those released back into society are rearrested within three years. (At the five-year mark, the rate jumps to 77 percent.) The lack of available jobs for former inmates continues to be a major stumbling block, even despite so-called “ban the box” campaigns on job applications. To abate the trend, one enterprising Florida prison is partnering with a local college on a program that aims to not only keep former inmates away from reoffending, but also with the added bonus of addressing the state’s rather grave deficit in the availability of construction workers.

As reported in the Daytona Beach News-Journal, the board of trustees of Daytona State College (DSC) approved a joint venture last month with nearby Tomoka Correctional Institution (TCI) that will allow inmates to earn a Building Trades Construction and Design Technology vocational certificate, wherein they will receive training from DSC staff while still incarcerated.

DSC Provost Dr. Amy Locklear told Correctional News that the college initially reached out to the local prison in an effort to explore how her institution might help transition the soon-to-be-released “and prepare those in the institution for pathways into DSC programs.”

“As it turned out, the institute was looking to staff the existing construction program, and the conversation and meetings evolved in that direction,” Locklear said. “Our Building Trades and Construction Design Technology Program is more comprehensive than the program that was offered by Tomoka, and there was great interest in our program. There is mutual benefit to this collaboration.”

The News-Journal reported that, given the paucity of available construction workers in the Sunshine State, contractors are potentially willing to hire less-experienced labor — however, training is still key.

“There are many employers in the state of Florida in the construction industry who support the hiring of formerly incarcerated individuals,” Locklear said. “Many of these companies have successful track records in hiring such workers (under defined parameters for where they can work). Our DSC/TCI graduates will be prepared to fuel the growing construction industry and related economies.”

Statistics published by the Sun Sentinel show that the Sunshine State has far more jobs in construction and building than they can fill, which means the DSC-Tomoka collaboration will come at the right time for all concerned.

“DSC is able to expand a signature program to another service area to soon-to-be released inmates who have the opportunity to seek gainful employment upon release in a high-demand field,” Locklear said of the program. “Upon completion of the program, they will be industry certified and job-ready.

“We hope this program serves as an incentive for inmates to focus on positive plans for the future and re-enter their communities as productive citizens who can support themselves and their families.”