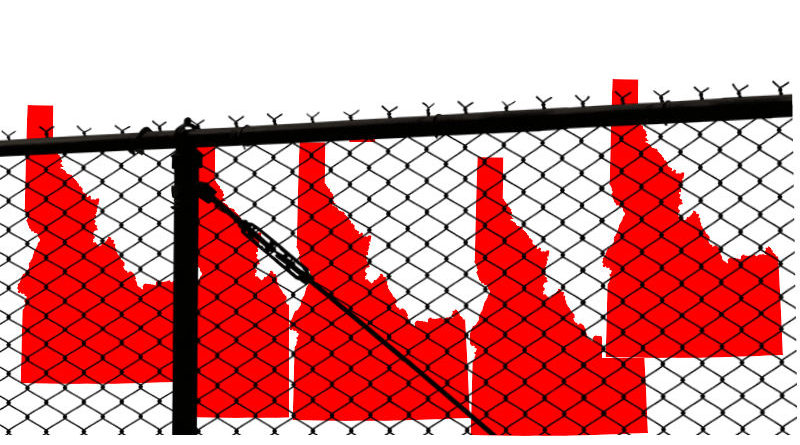 The Idaho Department of Correction is facing a prison overcrowding crisis.

BOISE, Idaho — “Esto perpetua,” the Latin phrase meaning “let it be perpetual” that serves as Idaho’s state motto, seems an apt description of ongoing overcrowding issues at a variety of the Gem State’s correctional facilities. Due to rampant bed shortages throughout the state’s prisons and jails, the Idaho Department of Correction (IDOC) has moved an additional 56 male inmates to the Karnes County Correctional Center (KCCC) in Karnes City, Texas.

The inmates began their trek last Tuesday and were met by 150 Idaho inmates who previously arrived in February 2018 and another 100 inmates who followed in mid-March 2018. IDOC serves approximately 8,000 adult inmates who are incarcerated in 10 prisons and four community re-entry centers located throughout the state. When necessary, inmates are also held in county jails. However, the state has increasingly relied on out-of-state contract facilities.

IDOC is presently negotiating with KCCC’s operator — the GEO Group Inc., a Florida-based privatized corrections corporation that operates private facilities on four continents — for the use of additional beds as they work toward a long-term agreement that will accommodate nearly 1,000 inmates at an out-of-state facility.

Historically, Idaho’s relationship with privatized prisons has been fraught. Four years ago, the state took over operation of its Idaho State Correctional Center near its Boise capital due to an understaffing scandal that resulted in a variety of violence and gang-related lawsuits. The facility was built and operated for the preceding 10 years by CoreCivic, then known as Corrections Corp. of America, which settled for $1 million. Lobbyists for private prison firms were present in the audience at a recent board of correction meeting, according to local newspaper the Spokesman-Review.

State corrections director Henry Atencio has proposed building a new 1,500-bed prison facility to alleviate the crowding issue (forecasts suggest Idaho will need a total 2,400 new prison beds by 2022, according to a report on Boise State Public Radio). That cost of such a facility is expected to be around $440 million. An additional $28 million per year would be required to operate the new facility.

The relative surge in the inmate population has been attributed to a sharp increase in drug-related convictions.