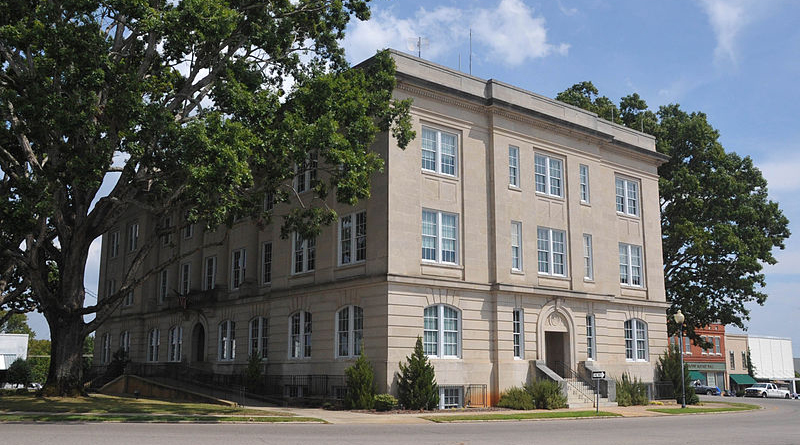 The Pilot reports that it will take about a year to complete design work on the new facility and then at least another year to construct it.

According to the Pilot, a recent space needs study conducted one year ago by a consulting firm reportedly projected that a 180,000-square-foot facility was needed to meet current and future demands, with an estimated cost of $38 million.

The current courthouse reportedly opened in 1979 and has been deemed a “serious” security threat by grand jury reports administered by the county along with three space needs studies and the threat of a court order.

The Pilot reports that the most recent grand jury report done in December 2015 said that the current courthouse was not adequate to meet the current or future needs of the court system. The report also said that the facility was at maximum capacity, and that it was “antiquated and the original design and modifications are insufficient to accommodate the future capacity and increasing requirements of the court,” according to the Pilot.

The current courthouse is a three-story, rectangular, limestone-faced building in the Renaissance Revival style. It has a rusticated base pierced by arched paired windows, upper floor windows divided by pilasters, and a series of Ionic order half columns in the slightly recessed central section.

“The Moore Courthouse is significantly lacking in security and previously noted features to current standards that demonstrate a state of disrepair,” the report concludes, according to the Pilot. “It is the grand jury’s opinion that, in addition to security and circulation, the facility has severe functional and physical deficiencies that could be potentially disastrous.

“As a grand jury, we conclude that the conditions of the building appear to be potentially hazardous. Specifically, where fire systems are inadequate, defendants walk down public hallways to get to courtrooms, overcrowded common areas and insufficient storage and office space.”

According to the Pilot, Capital Projects Director Rick Smith told county commissioners earlier this year that the consulting firm’s finding on the size of a courthouse is not yet set. Smith reportedly said one of the things the county wants is for Moseley Architects to also look at “the best use of existing space and buildings and tie it into new space.”

The Pilot reports that the size of the courtrooms will factor into the final estimated cost of the new facility when the construction documents are completed and ready to be put out for bid.

A report from the Pilot contributed to this story.