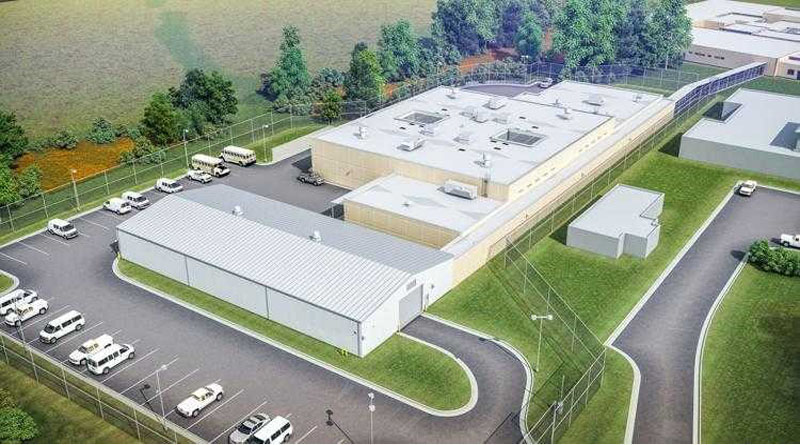 CHESAPEAKE, Va. — The Chesapeake Sheriff’s Office is close to opening their new $29 million Community Programs Center at the Chesapeake Correctional Center, which will focus on re-entry and work programs in hopes to reduce recidivism rates.

Designed by Moseley Architects, the 47,282-square-foot expansion sits adjacent to the existing jail and will house 192 inmates along with sufficient space for community programs.

The new facility will work as a hub for low-risk inmates — offering work force and work release programs, including small engine repair, gardening and other educational services.

The expansion works as a lasting solution to the facility’s previous overcrowding issues, according to The Virginian-Pilot.

The state’s Board of Corrections approved the use of three temporary buildings to address overcrowding in 2013, but that five-year permit expired in March 2018.

The expansion will increase the current jail’s capacity from 555 to 747 inmates.

As part of the plan, the expansion and current facility will share resources to cut costs, as reported by The Virginian-Pilot. The current facility will serve as the medium-security facility, while the Hampton Roads Regional Jail will house maximum-security inmates. To alleviate the other facilities, the new expansion will house minimum-security males as well as those who work outside the jail, either through a work-release program or on an inmate work crew.

The facility will also include the facility’s re-entry program as well as GED and educational programs, and it will have two classrooms designated for training and workshops.

Sheriff Jim O’Sullivan told The Virginian-Pilot that the new facility will not only help inmates become more successful upon re-entry into the community, but keeping working inmates separate from the rest of the jail population will also reduce the risk of contraband.

The project also includes the construction of a 10,532-square-foot maintenance building to house approximately 20 trailers and equipment used by inmate workers. Sheriff Jim O’Sullivan explained how this will help streamline jail operations, and allow inmates to log more working hours and earn more opportunities once they are released.

“This is the way of the future,” O’Sullivan told 13 News Now. “Focusing on rehabilitation and re-entry to prepare offenders to go back into our community and be successful.”

The ribbon-cutting ceremony will be on Dec. 5, 2018 and the facility will begin housing offenders in mid-December.

Reports from The Virginian-Pilot and 13 News Now contributed to this story.