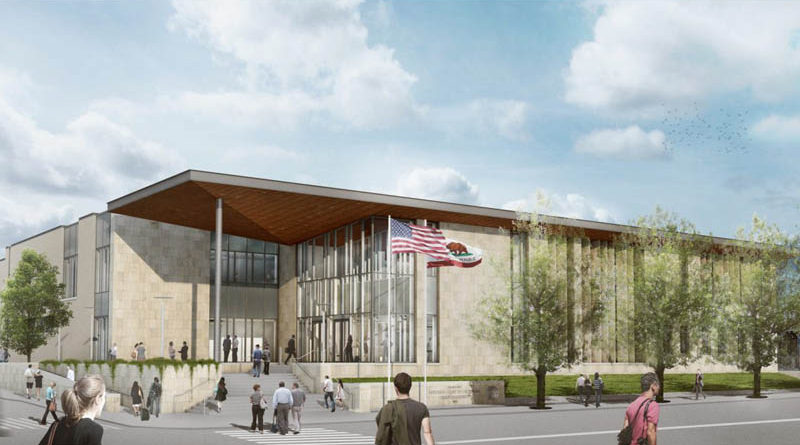 YREKA, Calif. — Construction on Siskiyou County’s new courthouse will begin in March, according to the Siskiyou Daily News. Funding for the new courthouse was reportedly included in former Gov. Jerry Brown’s 2018-19 state budget.

The current authorized project budget is nearly $69 million; San Francisco-based architecture firm EHDD is signed on for the project, in addition to AECOM as CMA and McCarthy Building Companies, Inc. as CMAR.

The current expected construction completion date for the project is winter 2020.

The new courthouse will be located on a downtown site in the small town of Yreka, the county seat. Designed to echo the dignity of the court, this two-story, 67,500-square-foot building includes five courtrooms, a basement holding facility, judges’ chambers, jury assembly and deliberation rooms, as well as administrative functions.

Designed to be uniquely reflective of the town and its character, the building is a complement to the adjacent historic downtown. The building’s massing reflects its environment with a monumental entry and façade along the commercial frontage road of Fourth Street combined with the more private functions and a smaller massing on the west in response to the nearby residential neighborhood. The prominent use of wood at the entry canopy and for ceilings within the public spaces reflects the importance of the material in a community whose economy once relied heavily on the timber industry.

The Superior Court of Siskiyou County currently provides services in a historic but outmoded courthouse in Yreka, the county seat. This four-courtroom, multi-functional facility handles all case types, including felonies, misdemeanors, juvenile law, civil, traffic, probate, and small claims, and houses court administrative offices, the district attorney, and various county functions. The court also uses an off-site annex, one block away, for storage and IT space.

The Siskiyou Superior Courthouse currently consists of multiple connected structures, with the original structure dating from 1857. The remaining structures were added through the years. The overcrowded facility has significant security deficiencies. For example, it lacks on-site in-custody holding and separate circulation for in-custody defendants, staff, and the public. The current courthouse also has severe functional and ADA access deficiencies. It lacks enough courtrooms for all assigned judges, and one of the four courtrooms must be shared with the County Board of Supervisors. The courthouse’s lower level routinely floods during the rainy season. The building’s limited space has forced the court to lease an annex building about one block away.

Other issues include inadequate systems for HVAC, mechanical, plumbing, and electrical, and cramped and inefficient working conditions for court staff.

This project will replace the current courthouse and annex with a modern, secure courthouse for all case types and functions, including criminal, family, traffic, juvenile, probate proceedings and investigations, and civil settlements. It will also enable the court to provide basic services it cannot currently offer due to space restrictions: adequately sized jury deliberation rooms, a self-help center, a children’s waiting room, family court mediation, attorney interview/witness waiting rooms, and secure circulation for court staff and visitors. The courthouse will contain enough courtrooms for all assigned judges.

A report from the Siskiyou Daily News contributed to this story.