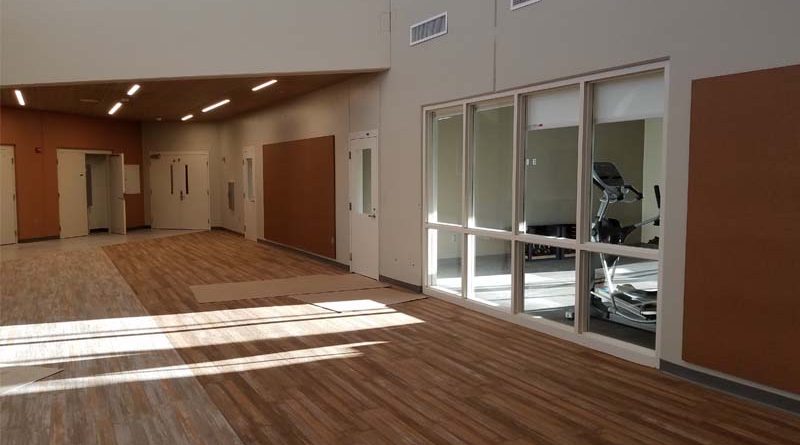 “This expansion and renovation increases overall capacity to 660 beds for men and women at CCC-L,” said Frakes. “In addition to providing much needed bed space, it provides core services and employment opportunities through the addition of a new industrial kitchen, health care clinic, maintenance area, workshop, and outdoor landscaping.”

Speaking to invited guests at a recent open house, Gov. Ricketts thanked state senators for their continued support for capital improvements to the state’s prison system.

“Director Frakes, our corrections officers, and the entire NDCS team have been doing an outstanding job of charting a new course for the agency,” said Gov. Ricketts. “This facility adds to capacity and allows inmates to be housed by gender, which was identified as a top priority for NDCS.”

NDCS operates 10 prisons in five communities in Nebraska. It is the second largest agency in the state and employs approximately 2,300 team members in more than 200 different job classifications.

CCC-L is one of two community corrections centers operated by NDCS. Custody at CCC-L is the lowest custody level of the two corrections centers and the least restrictive NDCS facility. Individuals assigned there participate in “work detail” or “work release,” and are allowed to participate in work opportunities, attend school, religious services and other pro-social activities with prior approval and without direct supervision.

The first several weeks after arrival are spent on work detail, a job in the community supervised by corrections staff or community staff with specific corrections training. Work detail assignments are generally for NDCS or other state agencies and can include cleaning and road crews., maintenance or administrative office work.

“Kingery Construction is privileged to partner with the Nebraska Department of Correctional Services on this important Community Corrections Center project,” said Rick Wintermute, vice president of Kingery Construction. “It provides a safe facility for a positive transition to becoming productive members of our community.”

Women will move into the new facility starting April 1. The project came in under budget at $21 million. Those savings have been reinvested to help fund a new 100-bed unit at the Nebraska State Penitentiary (NSP) as well as other infrastructure needs.

“We must continue to build on this momentum,” said Frakes. “The governor has included in his biennium budget the agency’s request for $49 million, which will allow us to add 384 high-security beds to the Lincoln Correctional Center (LCC). This new project will provide bed space suitable to house inmates that present the highest risk to staff and others.”