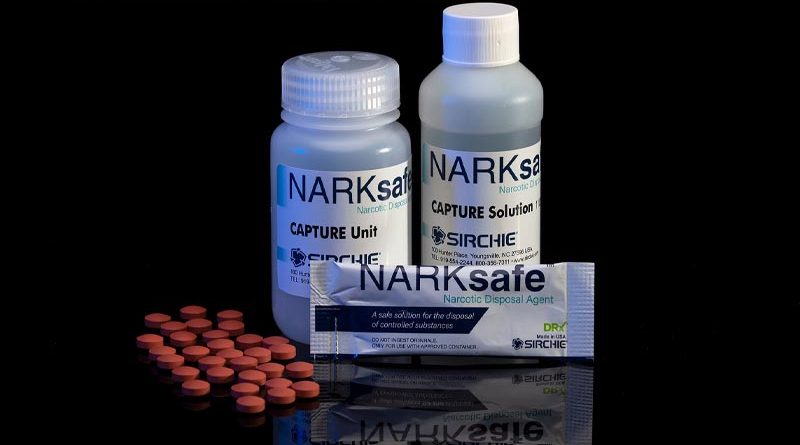 Sirchie, Inc. recently announced the release of NARKsafe™ NDA (Narcotic Disposal Agent), a drug disposal solution that enables the on-site disposal of drug evidence by law enforcement officials. This patent-pending solution is cost-effective, easy-to-use and renders drug evidence unusable in a sequestered, viscous gel that can be safely thrown into the regular trash. NARKsafe NDA fits the very specific needs of small to medium-sized police departments that do not own or have limited access to an incinerator or similar disposal method for drug evidence. These departments hold on to drug evidence from smaller cases that were adjudicated until they have a large enough quantity of drugs to dispose of via incineration. Each NARKsafe NDA packet contains non-toxic ingredients that form a solidifying gel of cross-linking polymers to sequester and render unusable, drugs in powder, pill, tablet, capsule, or liquid form. It’s the most effective, convenient, environmentally-friendly and affordable drug disposal solution available for the on-site disposal of small amounts of drug evidence. Additionally, NARKsafe NDA removes the inconvenience and cost of taking drugs off-premise for disposal. The science behind Narksafe NDA has undergone extensive, independent third-party testing including tests on retrievability, extractability, toxicity characteristic leaching procedure and hazardous waste screening to ensure that it is effective and environmentally friendly. NarkSafe NDA will be sold in a single use kit exclusively through Sirchie, Inc.