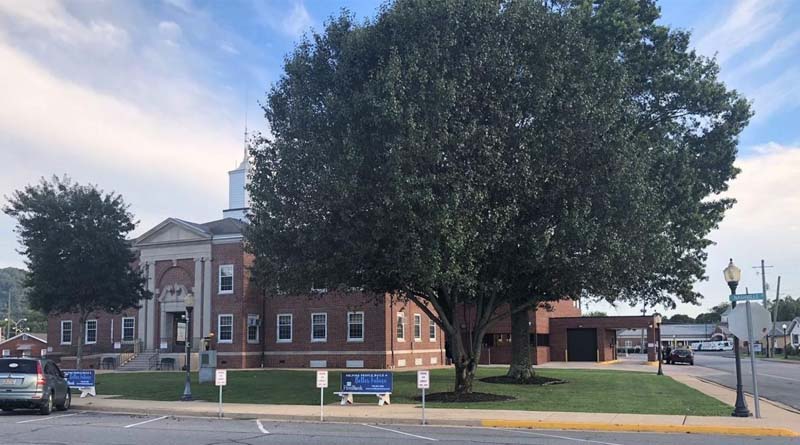 City officials recently awarded a general contractor a $320,000 project for a planned streetscape project that will upgrade the block near the Catoosa County courthouse. Photo Credit: Adam Cook, Catoosa News

RINGGOLD, Ga.—City officials in Catoosa County, Georgia, recently awarded Integrated Properties LLC a more than $300,000 project for its planned streetscape that will upgrade the block near the county courthouse.

The Chattanooga, Tenn.-based general contractor provided the lowest bid of $320,768 for this project that will create more parking, new crosswalks and improve traffic congestion.

Over the last number of months, city officials have discussed and planned upgrades to this downtown block in an effort to make the area both more appealing and accessible.

The project—to be funded from the County’s General Fund balance—also includes the removal of a gas pump currently along Maple Street being used to fill up county vehicles, and then making it a one-way street. Jail Street will also become a one-way route, in addition to having revamped crosswalks, greens spaces and additional parking.

At a council meeting in June, City Manager Dan Wright told attendees that the city has worked with Integrated Properties on numerous projects in the past.

“They did excellent work and we had no issues with them. They’ve been a subcontractor on the Barger Bridge project. They did a lot of the concrete work on that particular project.”

While this project is a significant amount, Wright said Integrated Properties’ bid came in at approximately $15,000 less than the $335,000 estimate the City originally thought this job would cost. It was unanimously approved by the board.

And, although this is city project, the courthouse is a county-owned building. The County Board of Commissioners was kept up to date on everything about the project right from the beginning.

“We’ve run through the Cataloosa County Board of Commissioners and the judges and folks that work out of the courthouse to make sure they didn’t have any issues,” says Wright. “Everybody, not just DOT, is in agreement that this plan will work. It will provide additional parking. It’ll beautify the area and it will make the pedestrian downtown so much better.”

He adds that the streetscape is being envisioned as an extension of the downtown streetscape of a few years ago that revitalized the historic downtown block from Tennessee Street to Depot Street.

A start date or timetable for this project has not yet been confirmed.