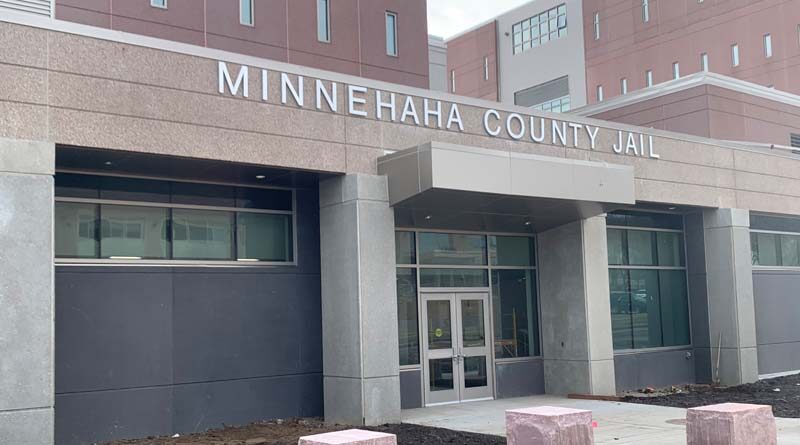 The $40 million Minnehaha County Jail expansion is on target to be completed in June. Photo Credit: JE Dunn

Efforts to expand the over-capacity facility have been continuing for years. Though county leaders had originally sought to add 400 maximum-security beds to the facility, county programs and incarceration alternatives have helped decrease that number. That said, the jail continues to complete between 18,000 and 20,000 bookings per annum.

Challenges the JE Dunn team faced on this project included the unknown extent of underground granite and quartz rock beds directly below footings, heavy rains last summer and fall while trying to get building enclosed and, of course, the current coronavirus pandemic.

“In response to COVID-19, the team began monitoring temperatures as crew members arrive, extra cleaning/disinfecting within the building, social distancing crew members, and contact tracing after a suspected case that turned out to be negative,” explained Mellmer. “The uncertainty of whether or not the project would be temporarily shut down also provided a challenge, but the project is on track to being completed in June.”

The building addition to the east of the existing jail will include a ground floor public lobby, jail administration, master control, vehicle sallyport, intake, transitional housing unit, inmate recreation and an officer control area. The upper floors will include inmate general housing, recreation space, an inmate-run laundry program, and medical offices and observation.