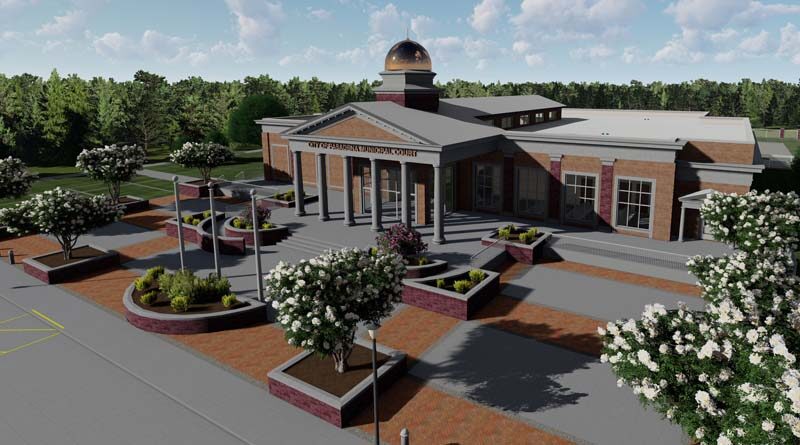 PASADENA, Texas—Construction continues on the new municipal $7.3 million courthouse project in Pasadena, with a slated completion date of early 2021.

Designed by Johnston, LLC, in association with LaBiche Architectural Group, the 24,000-square-foot building on a five-acre site will be located at 1114 Davis Street is in close proximity to City Hall. Horizontal Group International LLC is the contractor.

With the aim to keep all government offices centralized, the design features two courtrooms, a jury assembly room, and a central waiting area. There are also plans to move toward an eco-friendlier record-keeping system.

“Court staff are currently in talks to switch to a paperless system for a cost-saving and environmentally friendly record-keeping option,” said City Spokesperson Laura Branch Mireles in a statement. “The project complements Mayor Jeff Wagner’s vision for a municipal services complex that will allow residents to find many local government services more easily.

“The new building will feature a classic brick facade and domed cupola creating a distinctive landmark element,” she continued. “The interior of the building boasts a two-story public concourse with clerestory windows that will allow natural light to radiate through the space.”

The new court building will also include landscaping, fire systems and building automation. Parking space is planned for 172 public spaces and 54 staff spots.