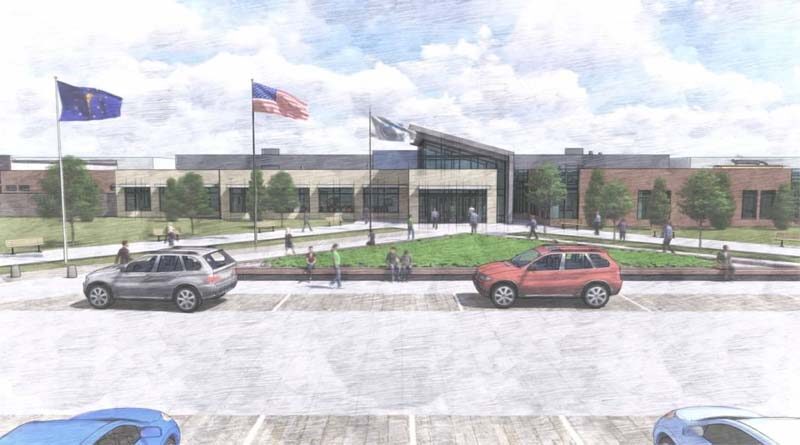 The current Vigo County Sheriff’s Office and Jail was built in 1980 and was later expanded to a total of 268 rated beds in 2000. Due to existing conditions and severe overcrowding, the jail has pending lawsuits in both federal and state court.

To address their significant needs, the Vigo County Board of Commissioners selected DLZ Architecture based on their experience and knowledge in Indiana correctional studies, assessments, and design.

DLZ first developed a feasibility study by collecting inmate data from the jail, interviewing the Vigo County Justice System (judges, prosecutor, probation, community corrections, Commissioners, and the Sheriff’s Office), inspecting the current facility, and then developing a needs assessment for the current facility.

At the completion of the study, the Vigo County Commissioners selected DLZ for the design of the new $56 million hard construction Vigo County Security Center. Garmong Construction Services serves as the Construction Manager as Advisor.

“They have phases. They have to build the shell,” said Vigo County Sheriff John Plasse, in a statement. “They can’t enclose the shell because they still have to bring those steel cells in. They’re kind of working from the control center out and placing those cells around in the pod design that they’re in.”

Plasse said the newly constructed building will improve the workflow inside the jail and significantly help with the special needs of inmates today.

“We’re going to come a long way once this opens and I just can’t wait until it does. We could hopefully help the people here more than we can now with space to do programs that we just don’t have now.”