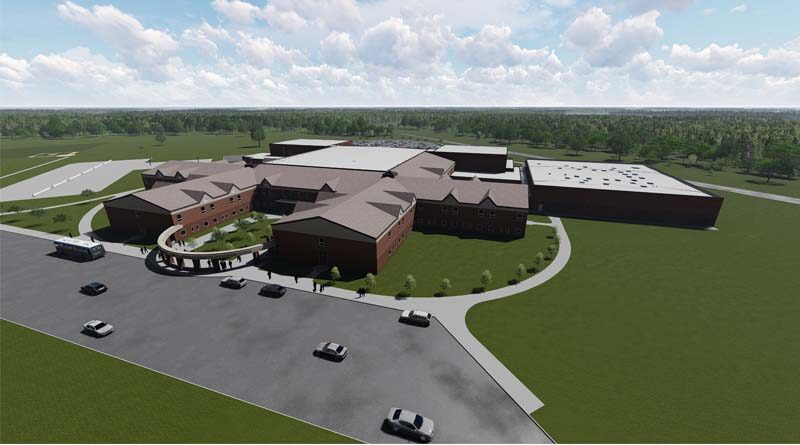 MUNCIE, Ind. — With an estimated completion date slated for November, Delaware County officials are preparing to take over the new $45 million new jail complex and justice center from the developer soon.

Located on the southwest edge of Muncie, Ind., the new 500-bed jail—which is expandable to 750 beds— was formerly the ASONS/Wilson Middle School. Muncie has a population of about 68,000 and is the 11th-largest city in Indiana.

The project will cost the county approximately $3 million annually for the next two decades. However, taxes will not be raised on the county.

Each wing of the building will house different parts of the justice system. The courts and corresponding offices will be located at the front end of the building, with the jail and the sheriff’s offices located elsewhere.

The new jail was proposed because of overcrowding issues at the current Delaware County Justice/Center Jail that was completed in 1992. Over the past year, officials reported that the jail was over capacity. The county was spending in excess of $500,000 annually to house inmates in neighboring counties.

While the new jail will be completed soon, officials have said it may be a while before inmates are moved in or trials are held in the corresponding courtrooms.

Delaware County Commissioner James King said, in a statement, that officials are planning on having inmates and the corresponding offices operating out of the new site after the first of the year.

Several areas of the former school building are being left unaltered. For example, the auditorium has been left as is, but the pool has been filled in. Originally, plans included making the pool area a cell block, but this was dismissed to decrease renovation costs.

The Delaware County commissioners are in negotiations with outside groups for a mental health facility and drug rehabilitation program that eventually could end up in that space.