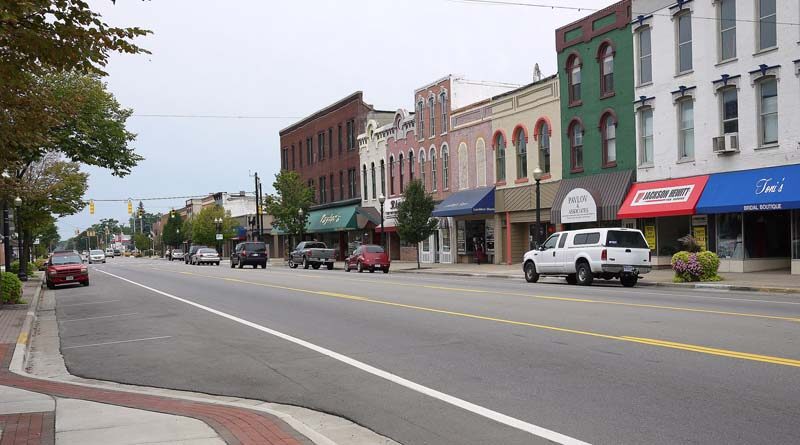 The town of Coldwater, Mich., which has a population of approximately 12,000, will soon have a new $22 million jail when completed next fall. Photo Credit: F. D. Richards (https://commons.wikimedia.org)

With a completion date slated for September 2021, the 41,000-square-foot facility will hold up to 220 inmates—up from 143 inmates that the current jail holds.

This means inmates and staff will have to continue using the current jail, which has numerous maintenance issues. For instance, chunks of the walls are breaking off and falling to the ground.

Additionally, ceiling tiles are either leaking, sagging, or missing, and some of the doors separating jail blocks do not work when they are unlocked remotely.

“The county has already made it known that they do not intend to spend any money on this building,” said Branch County Sheriff John Pollack. “If I have any kind of a major breakdown it’s going to be a serious problem for both us and then financially and just for my people. I don’t have enough folks to transport those people to other jails.”

Clark Construction is the general contractor/project manager on the new jail. Securitecture is the architecture firm. Architect Joe Mrak said, in a statement, that some design changes were made to the upper level in an attempt to find some cost savings, but there were no changes to the square footage or its capacity.

While there have been a few minor problems so far such as in September when five truckloads of concrete did not meet specification, County Administrator Bud Norman said, “We got them turned around and corrected.”

The project will soon see the concrete floors pours and the metal outside walls start to go up.

The work on the administration section is scheduled to be completed first. In the large barn-like building on the north side of the project, modular cells—built at an outside facility—will later be installed as the core of the jail.

The old jail was previously a senior care facility. Once the new jail is built, the old facility will be torn down.

“We’re just excited to see this thing finally going knowing that at the end of the tunnel we’re going to have a better facility for our people,” said Pollack.