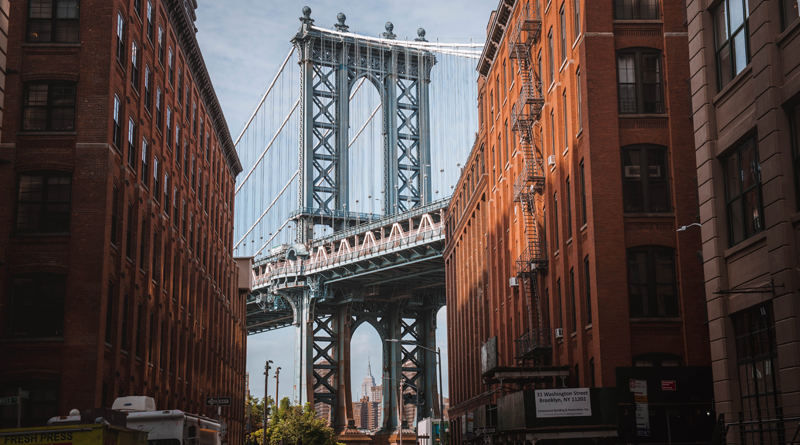 The Design-Build Program for the NYC Borough Based Jail System, is replacing Rikers Island with Detention Facilities in the Boroughs of Manhattan, Brooklyn, Queens, and the Bronx. Photo Credit: Pexels

NEW YORK CITY—The City of New York by and through its Department of Design and Construction (DDC) released a Request for Qualifications (RFQ) on Monday, Sept. 13, in connection with the Design-Build Program for the NYC Borough Based Jail System, Detention Facilities in the Boroughs of Manhattan, Brooklyn, Queens, and the Bronx.

The release follows the DDC’s Notice of Intent (NOI) for the City’s Borough-Based Jails Program released on August 26 detailing the design build procurement process to construct new facilities in Manhattan, Brooklyn, Queens and the Bronx. The NOI further announced that the procurements will use an innovative Guaranteed Maximum Price (GMP) approach.

The GMP allows a precision, two-step scoping and pricing process for the facilities, in which proposers offer a “target price” during the RFP stage followed by a collaborative phase with the City to develop and commit to a buildable “contract price”. This approach ensures greater cost control over the project for both the selected design-build team and the City.

DDC is working with the Mayor’s Office of Criminal Justice (MOCJ) and the NYC Department of Correction (DOC) to implement the City’s plan to build four smaller, safer and fairer borough-based jail facilities and to close the jails on Rikers Island.

Design and construction firms participating in the program will have a rare opportunity to build facilities grounded in dignity and respect, offering better connections to the Court system that are emblematic of NYC’s criminal justice reform work. The facilities will be designed to accommodate the needs of families as well as for medical, mental health, education and therapeutic programming service providers. Passed by the City Council in October 2019, the City’s plan comes at a time when New York City has the lowest crime and incarceration rates of any large city in the United States.

“We have listened carefully to our industry partners about the most effective way to manage the Borough-Based Jails procurements to encourage the greatest participation by highly qualified firms and to deliver the best facilities we can both effectively and efficiently,” said NYC Department of Design and Construction Public Buildings Deputy Commissioner Thomas Foley. “This has led us to modify our upcoming contracts from lump sum to a more flexible, collaborative Guaranteed Maximum Price format that we believe will be preferable for the industry while also protecting the City from unexpected cost overruns on these highly complex projects. We strongly encourage qualified designers and builders to join us in this transformational program to create facilities that enable the best modern correctional practices.”

“Working with our external construction partners and our internal government colleagues, we are setting the course for a smaller, safer, fairer justice system for everyone,” said Mayor’s Office of Criminal Justice Director Marcos Soler. “DDC’s September release of the RFQ for the BBJ Facilities is the latest step in the innovative design/build process that will ensure the closure of the outdated jails on Rikers Island. This phase is literally laying the foundation for the change New Yorkers expect to see in the justice system.”

“This is an important step in designing and building what we expect to be the safest, most-humane jails in the nation,” said NYC Department of Correction Commissioner Vincent Schiraldi. “We are eagerly looking forward to modern facilities specifically tailored to programming and rehabilitation, with the kind of support for staff and people in the surrounding communities that will make for not only state-of-the-art jails but also good relationships with our neighbors and will smooth successful reentry of incarcerated people back to their home communities.”

DDC has already initiated or completed procurements for design-build services for more than $400 million of early works packages at the four Borough-Based Jails sites, and construction of a parking garage and community space began this summer at the Queens site.

The NOI detailed that one RFQ will be released to identify the four design-build teams that will ultimately be contracted to design and construct the four Borough-Based Jails themselves, each an 886-bed high-rise detention facility with an anticipated budget of $1.5 to $1.8 billion.

Teams interested in participating in the program are encouraged to respond to the RFQ with Statements of Qualifications (SOQs) that will then be evaluated to create a shortlist for each new jail.

Responses to the RFQ in the form of Statements of Qualifications (SOQs) from highly qualified firms will be due in November 2021. The shortlisted design-build teams will then have the exclusive opportunity to respond to a future Request for Proposals (RFP), one of which will be issued for each new jail. Future RFPs will then be released to shortlisted teams beginning in December 2021 and extending to the third quarter of 2022. Responses to the RFPs will then be evaluated to select the design-build teams that will construct the four new facilities. The Jails program overall remains fully funded and on track to deliver the four new facilities by 2027, in time to meet the deadline to close Rikers Island.

In selecting the design-build teams and carrying out a collaborative design-build approach to project delivery, DDC is committed to using industry best practices. DDC will utilize a best-value selection process that prioritizes design, quality, past performance and qualifications. DDC will make available stipends to short-listed firms that participate in the Request for Proposal (RFP) process but are not selected to be awarded a design-build contract.

More information on responding to the RFQ can be found at the DDC website.

A report from the NYC DDC contributed to this article.