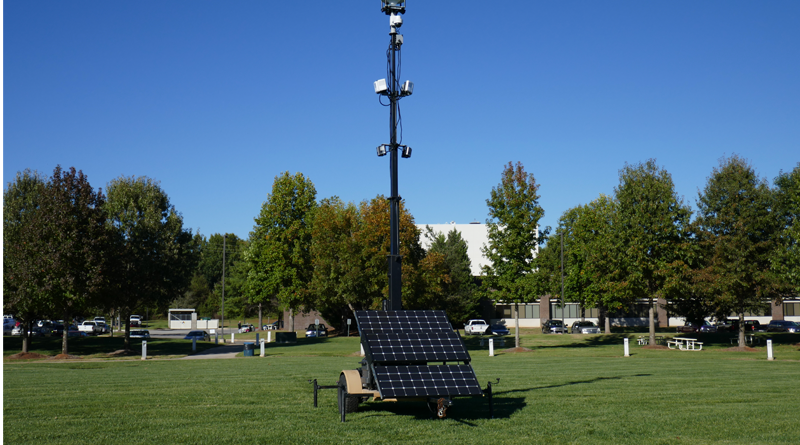 To get current developments in the anti-drone tech industry on our radar, we turned recently to Tom Gates, Director, Sales and Marketing, for Observation Without Limits. He shared with CN some of the crucial trends and recent advancements in the field, plus the most pressing threats posed by drones—and what correctional venues are doing to overcome them.

What kind of recent trends or advancements have you seen in anti-drone technology of late?

TG: Observation Without Limits is pioneering the development of commercially available 3D digital radar technology used to detect, track, and classify drones at long ranges to give security officials situational awareness of drones and drone pilots in and around corrections facility airspace. But no single technology is sufficient to create the “layers of security” needed to address the drone threat, which is one of the most difficult to deal with due to the small size, high flying speeds, and bird-like flight patterns of drones. Other layers of security technology are needed. This is why OWL and other companies are developing additional sensors and ways of integrating different technologies with each other to better address emerging and evolving drone threats. For instance, OWL has developed a new micro-Doppler radar system that is capable of detecting the movements of small rotors on drones, which enables the system to track drones even when they are hovering in a single spot in the sky. Other companies are pushing the bounds of electro-optical/infrared cameras for visual identification of drones, radio frequency sensors as another means of drone detection, and other technology layers that assist with enhanced situational awareness and potentially mitigation of drone threats.

From your firm’s perspective, what are some of the main threats posed to correctional facilities by drones and other technology, and how can they address them prudently?

TG: As a developer of physical security sensor technology, Observation Without Limits hears from corrections contacts mainly about the growing threat of drones being used to deliver contraband from outside to the inside of prison perimeters. The increase in contraband activity directly results in the explosion of illegal activities, violence, and deaths inside corrections facilities. Therefore, we are hearing from prisons about ways our technology can be used to know about and even defeat drones.

First, it’s important to note that current federal regulations permit only a few federal agencies to take countermeasures against drones, whether it’s jamming the frequencies used to control drones or kinetics measures that literally capture or otherwise ground drones. As a result, options for actually eliminating drone threats are more limited than they are likely to be in the months and years ahead when government regulations permit prisons and other facilities to take more direct action.

So, what can be done? With the 3D digital radar capabilities available today from OWL, corrections officials can know when, where, and how drones are approaching vulnerable perimeters — and do so from multiple miles away. This gives officials significant time to receive real-time alarms and notifications that a drone is in nearby airspace and heading toward perimeters or other areas of concern. Through integration of the radar with the camera, radar can direct cameras to track drones visually (as well as by radar) in real time. As a result, officials can see where the drone is going, where the drone’s payload is being dropped, and who is picking up the contraband inside the perimeter. And all this is done in real time using automated technology, which records all the activity for later forensics or even prosecution. The goal would be to interdict the contraband before it gets inside the facility, detect and apprehend contraband offenders, and general reduce as much as possible the flow of illegal items into the prison.

Another advantage of long-range drone situational awareness is the capability of determining where the drone pilot is likely positioned as he flies the drone to the prison. With the long-range radar tracking, prison officials can know the direction and perhaps the exact position where the pilot is located. Once notified of the likely drone incursion, law enforcement officials can be dispatch and guided with real-time information as to the general or even specific area where the pilot is likely set up. The goal is to catch the pilot in the act with drone control equipment and contraband materials in hand, helping stop the flow of contraband and potentially leading to legal action against the offender and accomplices.

Has OWL been involved in any recent security projects of note in the world of justice/corrections?

TG: Yes, Observation Without Limits has been involved in a handful of projects at corrections facilities over the past year or so. They are all grappling with the challenges outlined above. In fall 2021, we are preparing to fast-track the implementation of an integrated radar/camera system at the first of up to six corrections facilities in the southeastern U.S. Officials at these prisons made the decision to go with long-range radar after a pilot project in which the technology was field-tested and proven to provide the situational awareness needed to protect perimeters on the ground and in the air.  In this same timeframe, a second state department of corrections is embarking on a pilot project to provide them with the same proof of radar technology’s value for ground and airspace surveillance against drones and ground-based threats.

Editor’s note: This is an abridged version of an interview that appeared in the September/October issue of Correctional News.