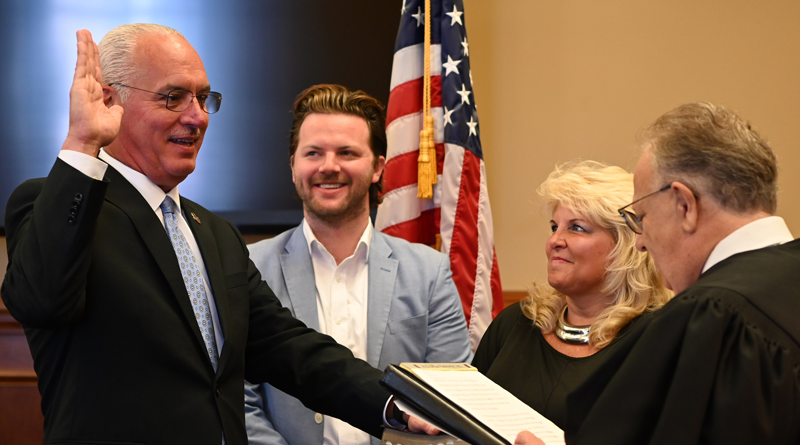 Surrounded by family, Nashville-Davidson County Sheriff Daron Hall was recently sworn-in to a historic sixth term. In 2002, he became the youngest person elected sheriff in Metropolitan Government and is now the longest serving. Throughout his criminal justice career, Hall has made arresting the problem, not the person, a focus—bringing programming, treatment, and community involvement to the inmate population. Additionally, he designed and implemented the first-of-its-kind Behavioral Care Center, a diversion program aimed at decriminalizing mental illness.