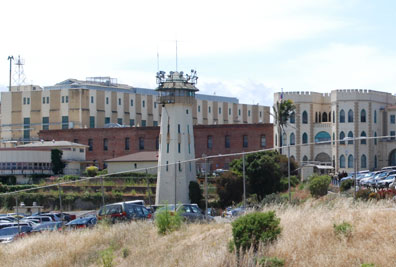 ACRAMENTO, Calif. — The Department of Corrections and Rehabilitation announced late Wednesday that it has again delayed awarding a contract for the first phase of a new $356 million death row complex at San Quentin State Prison.
The extension of the period of award is for another 30 days and is the second such delay in a month. The department did not explain its decision.
The corrections department received nine bids that it opened on Nov. 9. McCarthy Building Companies of Roseville submitted a low bid of $126 million. The process called for the awarding of a contract no later than 60 days after the opening of the bids.
The corrections department announced, however, that it would extend the period of award to Feb. 9. “to allow additional time for the department to brief the new administration on various aspects of the project.”
McCarthy Building Companies has agreed to both bid period extensions.
The 541,000-square-foot complex would contain 768 cells with 1,152 beds. The project’s opponents, which include local and state officials from San Rafael, say new prison space could be built more affordably elsewhere, and the land on which the prison resides could be put to a better use.
The county of Marin has already filed suit to stop the project, and the county counsel plans to ask a Marin Superior Court judge for a temporary restraining order, if necessary.