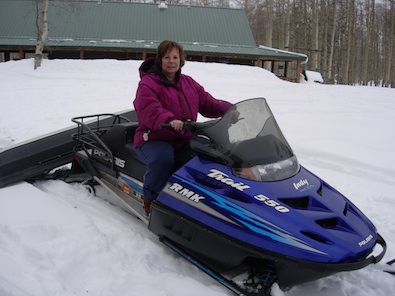 While working for a Catholic hospital in Chester, Pa., in the mid 1970s, Moore was assigned to organize a health care system at the Delaware County Prison following an inmate’s suicide from an overdose of drugs obtained from within the facility.

A consent decree came down upon the county stating it could no longer provide health care to the facility, leading the county prison to reach out to local hospitals for bids.

About two years later, while working towards her master’s degree in nursing at the University of Pennsylvania, Moore wrote a news article on the relationship between the hospital, Sacred Heart, and the prison as part of an assignment. The article garnered attention from all across country.

“People called us from all over, and they wanted us to come and provide their health care for them,” she said.

Sacred Heart, however, was reluctant to take on new contracts due to reactions from paying patients.

“The clientele didn’t say ‘please’ and ‘thank you’ and the paying patients didn’t want to room with inmates, so they didn’t want to take on more contracts,” Moore said. “Also, they were shackled to the bed, which scared a lot of patients.”

As a result, Moore and her now ex-husband started Prison Health Services Correctional Healthcare, starting out with one contract and growing to 60 a decade later. After the ten-year mark, the company went public and began seeking venture capital.

In June 2011, Moore’s firm merged with health care service firm Correctional Medical Services to form Corizon, with the mission of providing best-in-class service to state and local governments throughout the United States.

Moore still actively serves as a consultant but left the company to teach at Duke University in Durham, N.C. Afterwards, she went on to work for the National Commission on Healthcare in Chicago as the director of operations, providing technical support before leaving to do independent consulting work.

Moore said health care services typical for a jail, where the average length of stay might be ten days, involves acute conditions or treatments for drug withdrawal. If the inmate is sentenced, his stay in the jail facility could be up to two years. Common health issues at facilities with high inmate population turnaround rates include untreated diabetes, mental illness and conditions typically seen in emergency rooms, Moore said.

When it comes to prison, inmates are already sentenced and therefore have been through detoxification for any drugs. In the more stable population at prisons, long-term chronic illnesses like hypertension, diabetes and AIDS are common, though they can occur in jails as well, Moore said.

Juvenile facilities have a similar breakdown, with jails functioning as a short-term facilities and confinement facilities for sentenced inmates housing youth for a few years at a time.

Moore said mental health and dental issues are prevalent among the under-18 population, along with epilepsy, diabetes and orthopedic injuries.

“The big difference is, adult operations have voice command — adults pay attention if you say, ‘Don’t do this,’” she said. “With juveniles, they don’t have enough fear. They think they are invincible.”

The biggest change Moore notices in the industry is simply that there was an absence of health care programs in correctional facilities when she started out. Facilities used paramedics, emergency medical technicians, Vietnam War veterans and unlicensed physicians, and medical records were either undocumented or poorly organized, she said.

“When I started, the National Commission was just formulating its standards, so there were no good guidelines to help you,” she said. “Today, correctional health care is certainly a profession. We have licensed and certified people getting their facilities accredited.”
Moore said more facilities recognize the need to keep good medical records and use electronic record systems.

While not all facilities can afford the services of a private health care company, Moore advises administrators to take a look at their budgets to see where they’re spending money — typically, salaries, pharmaceutical services and outside hospitalization.

“We look at those things to see if there’s not some better way to provide the service in a cheaper way,” she said.

As a consultant, Moore offers best practices for Request For Proposals, which involves analyzing the facility’s system: what it’s doing, what it wants to do, where it want to go and how much it is spending.

“I try to get people in the state or county involved with me. I send a draft, go over the staffing patterns very carefully, put in some performance objectives of what they want the vendor to meet, and then I delineate what the scope of services are and use the purchase agreements that come from county or state.”

“A lot of the things I’m asking the vendors to do now is more of a network development, much like health care and insurance,” Moore said. “They have a network you go to, and they can get a percent off based on that volume.”

Some facilities can have a substitution of providers where they might use a midlevel provider instead of a physician.

Moore also said technology, like telemedicine and electronic medical records, will be the next wave of the future.

“A lot of big facilities are using telemedicine, like Ohio, Arizona and California,” she said. “And many, many states are in the process of developing emergency medical records or buying them already developed.”

Moore also notes the trend towards privatization, a trend she has been studying throughout her career in correctional health care. The shift is the result of staffing shortages, the inability to recruit new hires or litigation, which has been especially costly for municipalities, she said.

“The private sector, they have a cap on their costs and they know they have to come in at their budget,” she said. “But when they’re buying supplies or pharmaceuticals, they’re purchasing for many contracts, not just the one, so they can get volume discounts.”